I could have put a picture of Moth, but where’s the fun in that? 😛  Instead I am putting in a image of Kamesburgh Mansion, built in 1853 by Lloyd Taylor for William Kerr, first used as a family home and then in 1919 the building were bought for the ANZAC Hostel to care for wounded soldiers until 1995, when it was closed and a new Hostel was built on the grounds. The Gardens were then re opened to the public in 1998. 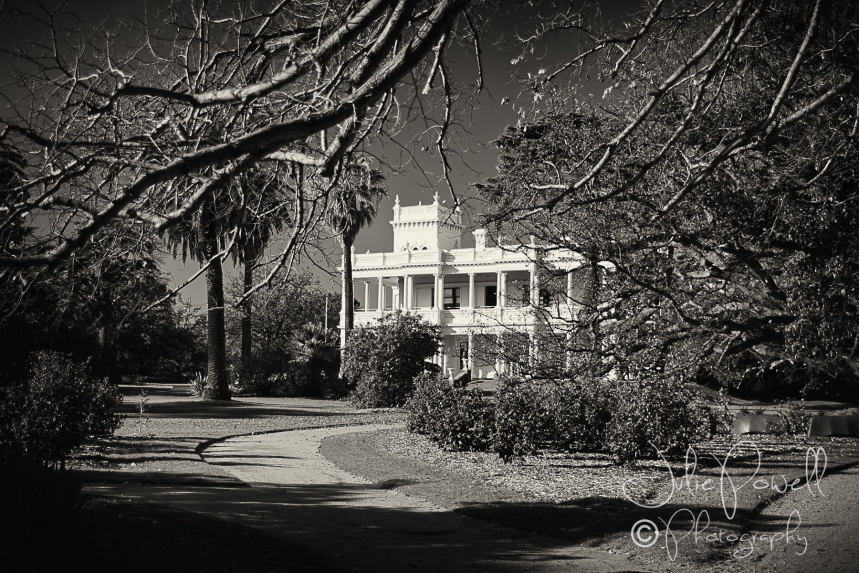 Lovely gardens to stroll around in, even in Winter, and there are 2 heritage listed trees. I would love to take the same shot in Spring, I can just imagine this tree covered in leaves and blossoms.