We (Moth & I) arranged meet, a group of individuals we had never met before at an old abandoned warehouse and mill (On the other side of town) for a touch of Light Painting on a cold Winter’s Saturday Evening; what could possibly go wrong? Well I guess a lot could have, but it never did. 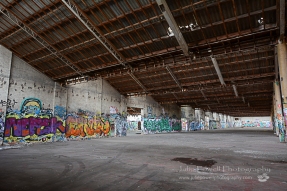 I must say, I met a rare group of individuals, who gave so much to others, for the sheer joy of it. Deanne and Bill…….our hosts for the night were extremely gracious, with their time, their equipment and their patience. They thought of everything including our safety, in what was actually a fairly dangerous place, lots of holes, pitfalls, broken glass and more.

The safety briefing and basic instructions, at first had me slightly confused initially; however it very quickly became apparent the glorious fun and the adventure we were about to have. Quite frankly Light Painting is taking really long exposures in the dark using moving light sources – anything really. Deanne and Bill had some incredible toys they built themselves, as well as kids toys like light sabers and light up swords, pin wheels, simple torches and more.

Bill was amazing as he twirled, whirled, lit up and amused all of us at the same time. It was obvious these two had been doing this for awhile. I am not really going to say much more, as words cannot convey the fun we had and for once the images do not explain everything. 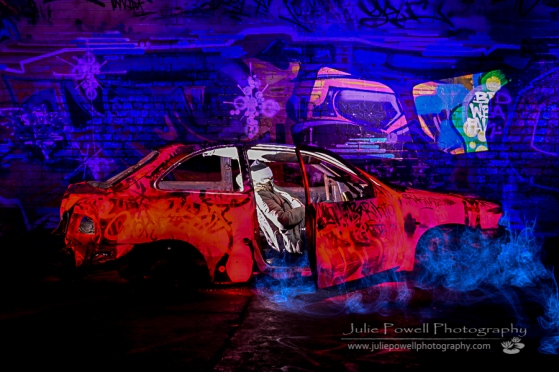 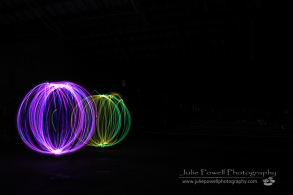 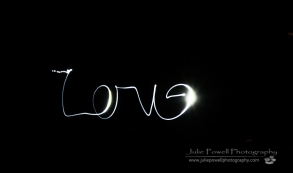 The highlight of the entire evening was the swirling orbs, helicopters and vortex of fire…..which is created with flammable steel wool……….very dangerous but very, very cool. 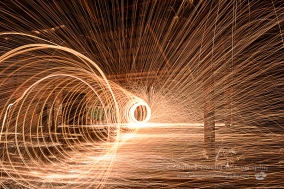 I can tell you, this is something we WILL BE DOING AGAIN!

14 replies to Tales From the Shoot – Light Painting Work Shop