Time for another review, I bought some more gadgets, which I have been playing around with for a few weeks now.

I was asking a few fellow photographers who specialize in Long Exposure images which Wireless Remote they use and recommend, I had a varied response from the very, very cheap, to the ridiculously expensive, however one name kept getting mentioned – Pixel. So I thought I would hop online and have a look. It looked pretty awesome; 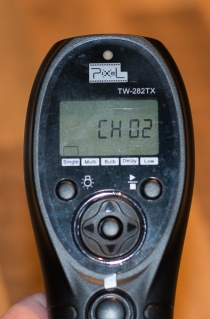 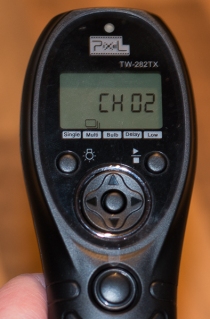 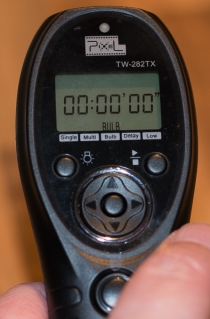 BEWARE there are different connections for different brands of camera! I found this out early on, but it was still an issue! I ordered mine through Ebay and waited for it to arrive (I can’t seem to find it in stores), it finally turned up (Post from HK took about 3 weeks – not happy Jan!) There was a sticker on the box with Nikon printed on it and the cable attachment box had Nikon DC2 hand written on it. I was getting a bit dubious here.

So we attempted to hook it all up, first issue the top sensor (which connects to the flash hot shoe slot, would not fit…….AT ALL? A bit strange, so I contacted the Seller, seems to be something missing from delivery? No Response……oh no! Then we actually tried to use it, occasionally some success, but it kept failing and would only work a few metres away. Things not going well here folks! I got curious and lifted the Nikon sticker on packaging and it had Sony printed underneath. So obviously this was a remote to suit Sony cameras and not Nikon, I contacted Ebay, who then must have contacted the Seller. After a little confusion, Seller confirmed wrong items sent and agreed to re send the correct items! Another wait for post (although much quicker this time).

The top sensor fit, the cables all fit, the remote fired…..every time on Moth’s camera, occasionally on mine. More confusion, apparently after a little bit of research and playing around, I do not need to change the camera to Remote mode, I change the mode on the camera to what I am shooting ie; single shot, Bulb, continuous etc. So now ALL GOOD! Apparently Sony equipment (Sensor and cable) do not like to communicate with Nikon Cameras!

Moth and I use different channels, so far we have not had any issues with other remote users and they have both performed flawlessly.

Now I must admit, I have not used it a lot, due to currently being out of action, however we took it out to Blairgowrie Beach last weekend and it worked flawlessly every time, I have used it in a couple of studio shoots, again worked every time. I am yet to do a Star Trails shoot (one main reason I bought it), as we recently had a full moon, and then, well you know the story, I really don’t feel like stomping around in the ark with a bung knee. Soon! I Promise, soon I will attempt a Star Trail and more Astro shoots, I also have another Light Painting Workshop coming up (another reason for the purchase). So we are now all set.

Pros – read above, plus easy to operate

Overall I rate it very well, perhaps a $400.00 wireless remote could be a little more well made and perform a little better, but I doubt it. For my money I was glad I bought them, even with the initial issues with being sent the incorrect model!

For more info on this product please visit their website.

P.S. Thanks to those that recommended this product, a great buy, so much better than a corded remote.