Often I read a new challenge and I get the lightbulb moment………I know EXACTLY what I want, not this week. Badfish out of Water thru me a curve ball on the Photorehab Cover Makeover for this week, when he suggested The Long Kiss Goodnight, don’t get me wrong, I adore this movie, I have watched it quite possibly 100’s of times; but I had no idea where to start on this cover! Then I started reminiscing and thinking my way through the movie, scene by scene (helps when you have soon it SO many times). An idea started to form.

Action packed thrill a minute ride with Geena Davis & Samuel L. Jackson, The Long Kiss Goodnight is a 1996 action film directed and produced by Renny Harlin, written and produced by Shane Black. Schoolteacher and single mother Samantha Caine (Davis) lives an average suburban life — until she begins having strange memories of unexplained violence and discovers that she has physical skills that she never imagined. Hiring private detective Mitch Hennessey (Jackson) to probe into her past, Samantha discovers that she’s a well-trained government assassin who went missing after suffering a bout of amnesia and that her former handlers want her back in their employ.

So I thought I might get a little creative with this one and use various elements from the movie; if you haven’t seen it (Seriously go get a copy it’s a cult classic!) it may not make as much sense. 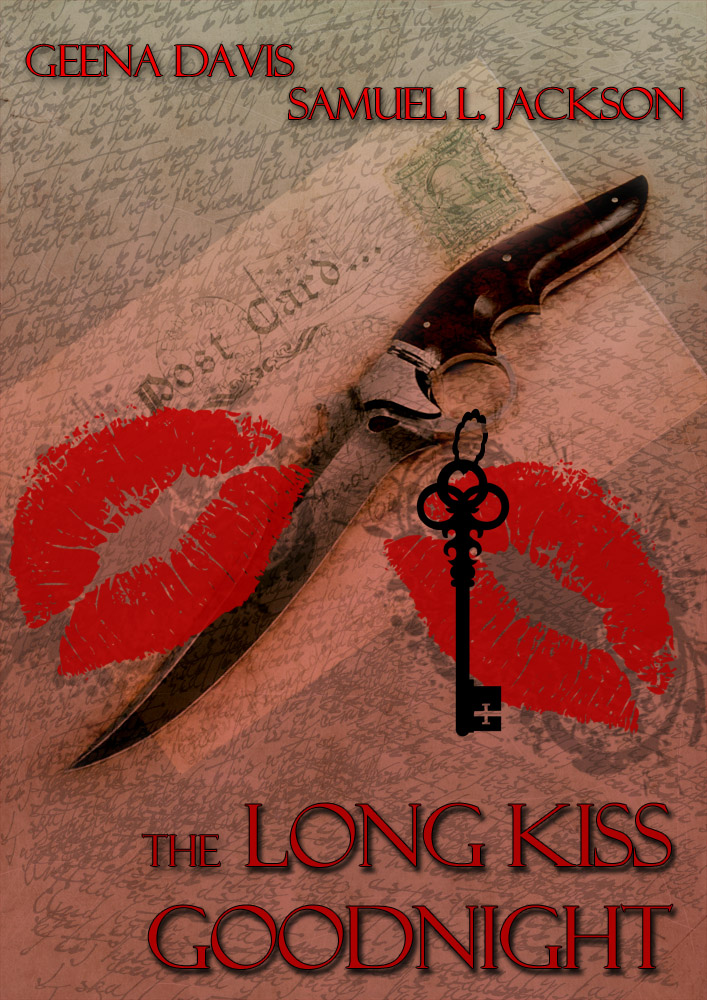 It took awhile to figure out what to do, once I had the spark of an idea, it all happened so quickly! I must say I adore this cover!

10 replies to PhotoRehab Cover Make Over – The Long Kiss Goodnight