Last Night I went to an AC/DC Concert, remember those guys? At 60+ they can still rock it – well sort of. I would love to say it was brilliant, but truth be told it is probably one of the worst concerts I have EVER been too. Let me explain;

First Malcolm is too sick to travel, Phil is currently under house arrest back in NZ, so that left Brian (although much beloved, he still is no Bon Scott!) and Angus. Is that still classified as AC/DC? Brian is now 68 and Angus 60. Brian tottered around the stage like an old man, mumbling into the microphone. Angus still had it, albeit a little slower.

The volume was cranked up so loud (on average 85 decibels and peaked at 92! Moth has a noise app on his phone), it was so loud the music was completed distorted to an ear splitting, eardrum bleeding white noise. Apart from a few well known Anthems I honestly cannot tell you what songs they played, music was unrecognisable. The light show was not particularly impressive (especially after seeing KISS earlier in the year). The finale was OK.

I actually found the antics of the crowd and the dress ups more entertaining. Grown men (probably my age) getting their air guitar on! 🙂  and 50-60+ dressing up as school boys. The atmosphere was good, friendly and the weather was nice (open air stadium), shame it sounded so bad! 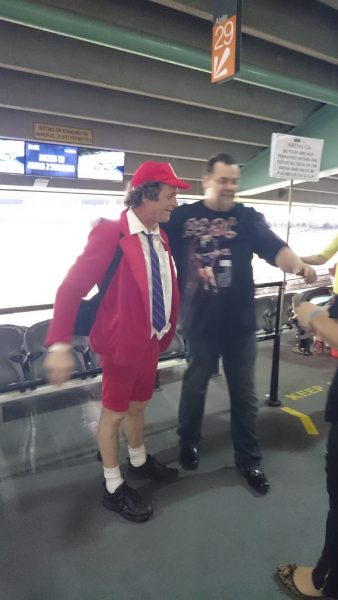 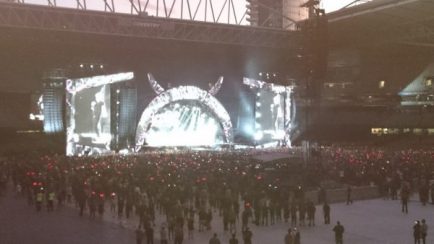 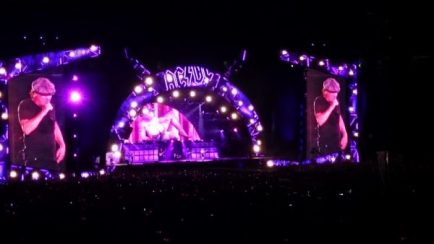 Now I know what you are going to say; what can you expect they are old men now! So we the guys from The Eagles, so is Sting, Paul Simon and KISS……….and those concerts were in no way a let down, in fact I was electrified after seeing their performance; especially KISS – those guys were older and had more moves! Still all that sex, drugs, booze and rock’n’roll, it makes take it’s toll! 🙂

I am going to see Elton John shortly, hopefully it will be a better report.