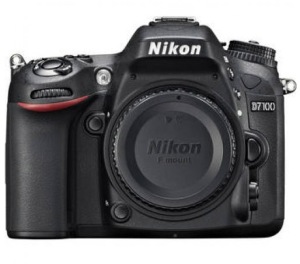 I love my camera……….I guess we all say that don’t we? I am not as emotionally attached to this one as I was my first DSLR. This one is a workhorse and I love it for that reason. It is for the most part easy to use for a relative newbie like me, it has just enough whizbang gadgets to get me only a little bit in trouble and is high end enough to get a truly magic photo, JUST as I want it, out of the camera. Granted it is a DX and not an FX, but I knew that this time and with all the DX lenses it just made more sense. 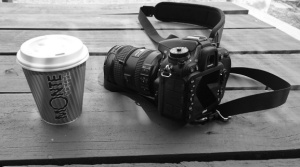 I am learning new things all the time and it never disappoints. Recently I learned a new shortcut to quickly and easily move my focus point to anywhere in the shot. Changing ISO and aperture is a breeze and I can quickly change the white balance – all with out having to go into the menus!  I have used the Video feature once in Ayers Rock and it was truly amazing, but I am not really into videos as much as I am photos.

So what does it have over the D5300 (my first camera)? Primarily it has 2 SD Card slots, so you can run as overflow (great for travelling) or back up (great for special events like Weddings – my last wedding one of my SD Cards died, thankfully I had the back up and lost no shots). Both the D7100 and D5300 are 24mp, both a still relatively slow on the FPS (6 Vs 5). It is bigger, heavier, smaller LCD Panel (which does not move, I love the reticulated screen on the D5300) it has a handy LED screen on top and everything is within your fingertips; ISO, Aperture, Shutter type, Focus, Lock, no need to go into menus here folks.

If you really want to go into the nitty gritty Ken Rockwell (I love this guy’s reviews) really puts it through it’s paces on paper (I use the real world). But as Ken says if a DX camera can take such an awesome image in such low light…..the DX cameras have MADE IT. He was so impressed he bought one! He mentioned problems people had experienced about non Nikon lenses and the Auto Focus, but I have not really experienced it with my Sigma Wide angle, not my Tamron Macro (unless the whole soft focus thing comes into it?). Go to Nikon for full specs.

Now I don’t recommend that you do this, and I’m pretty sure Nikon are against it too, but another thing I like is just how hardy and tough this camera is, while the D5300 was almost terminal when dropped a short distance on sand the D7100 has been dropped, not once but twice from at least 1.5m onto concrete and all it sustained was a few scratches. WOW – now that is taking a beating and still going!

What doesn’t it have or do? OK so no Wifi or GPS (personally  I rarely used them on the D5300, but Moth does) The reticulated screen, I REALLY miss that. No Screen cover. Everyone raves about the flash, I found it is too harsh, but have just learnt how to dial it down, so that is cool. Batteries do not last as long as the D5300, so I have 1 battery and 2 spares! It’s heavy, maybe not as heavy as a full frame camera, but still had a big heavy 18-200mm and it is a pain to carry all day.

I combine this camera and my Nifty 50 Lens and I get pure magic.

So would I honestly buy another one? As much as I love it, and would recommend it to anyone, I am thinking next time around we may go mirrorless, costs are coming down, quality is going way up and there are now so many lenses and gadgets, and they weigh next to nothing!

Well I’ll leave it there for now, til next time, happy snapping………