A few weeks ago I was asked if I would like to work on a Fashion Photoshoot in Hosier Lane (Melbourne’s Graffiti Alley)? Seriously? Hell Yes! This was an opportunity too good to pass, organised by a fellow member of my Awake Photoshop Artistry course.

So we met for pre shoot coffee in Federation Square on what was to be a very busy day in Melbourne, there was a Run for the Kids marathon (which had most of the CBD in lock down), a protest rally, a Garden Show, the Grand Prix and a few other activities as well. Getting into the city was a logistical activity in itself, and there were people EVERYWHERE. 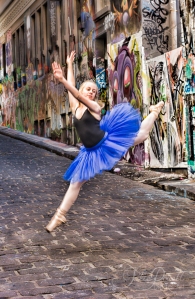 ile waiting for our models to arrive we witnessed a couple of girls trying to do their own shoot for a school media presentation, one dressed in a vibrant blue tutu…….you know we wanted to take photos, so they asked if they could take a photo of us playing paparazzi………..not really stretching the imagination there! It was a lot of fun and I got some fabulous shots.

Our Models for the day were Hayley, Jema and Casey…..great girls, easy to work with, knew what they were doing and lots of fun too. The fashion was from Gypsy’s Sewing Box; Gothic, Steampunk and Lolita fashion (dark Alice in wonderland type stuff)…..in Hosier Lane, it was brilliant. Nothing was too much trouble and they handled the smell, crowds and rubbish with great decorum. All too soon it was over and I had to leave, but I have so many great photos to remember it all by. These opportunities are rare and such a privilege, not to mention SO much fun. I know in the real world a full on fashion shoot is most probably a lot of work (I know my knees, feet and back were aching by the time we were done), but for me it’s is all just play. 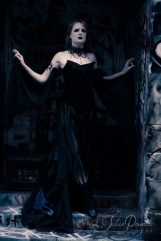 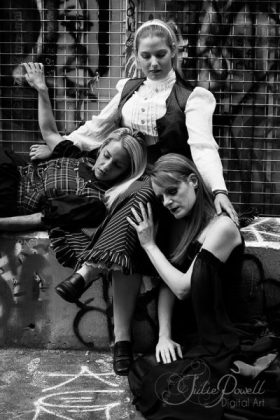 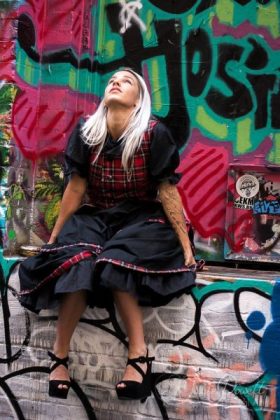 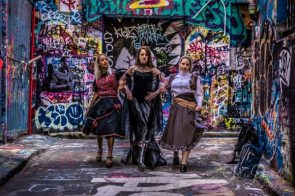 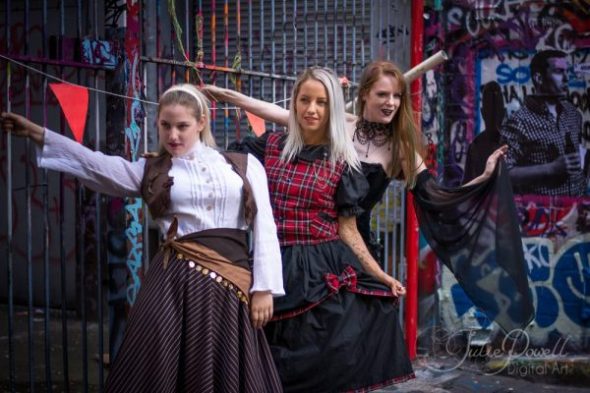 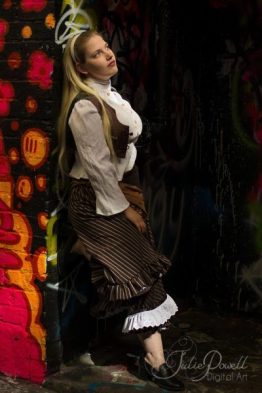 By the time we had wrapped it up, there were people everywhere, tourists asking us to take their photo with the girls on their smart phones and iPads…..it was really quite funny. The girls were very gracious and accommodating and we helped as much as we could before ushering the girls off. I am sure the tourist would have kept them there all day.

Til next adventure, happy snapping…