We recently went on a weekend camping trip over the ANZAC Day long weekend to the Alpine National Park in the Victorian High Country. It is Autumn here in Australia and the trees (well the one that do) were all starting to change colour, the days are sunny and warm, but the nights a crisp and cold. We drove the 2.5 hours to Mansfield which is the last major town before hitting the Alpine Region. We stopped for lunch, some supplies and information, and of course a quick look around. 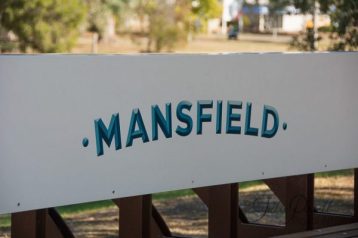 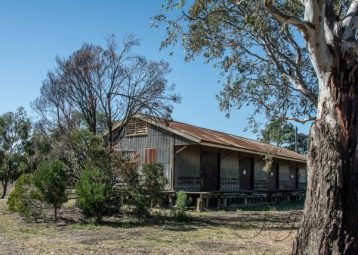 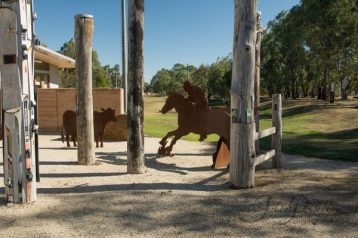 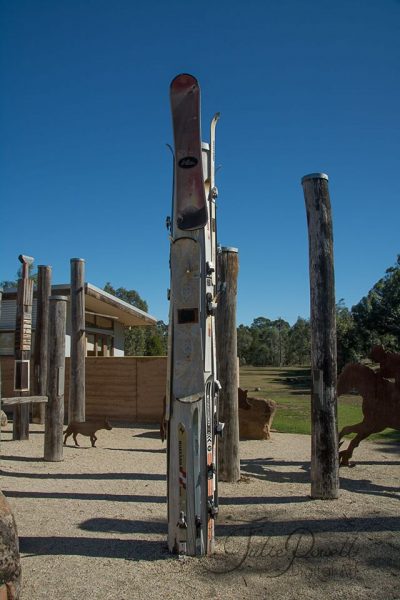 We then made our way to the Sheepyard Flat turn off and left the bitumen behind. Autumn sunshine filter through the trees and made for a pleasant drive. We had planned to stay at Sheepyard Flat, however an exploration of the area led us to Fry’s Flat and Fry’s Hut, right on the Howqua River; just gorgeous.

After a bit more exploration we headed back to Fry’s Flat was much quieter (so many people already camped at Sheepyard) and then of course there is the river and a Cattlemen’s hut. 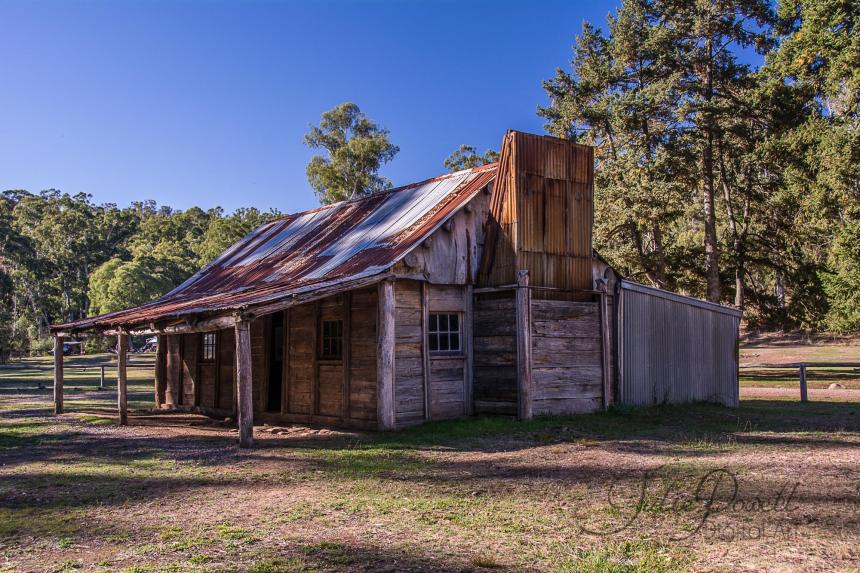 Master Bushman, Fred Fry built his home in the late 1930s. Using split timber and with his own personal style of workmanship he erected many huts in the region including Upper Jamieson Hut, Ritchies Hut, Gardiners Hut and Noonans. Fred’s life in the Howqua Valley was the basis of Neville Shute’s 1950 novel ‘The Far Country’. 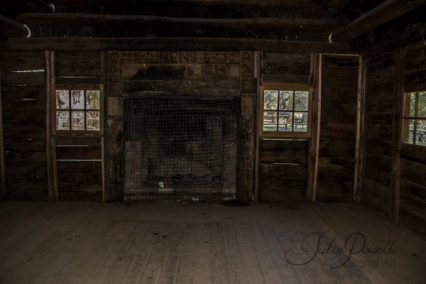 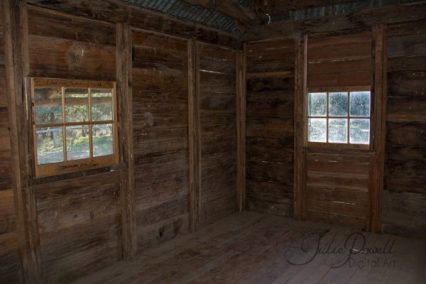 They are very basic, but some of them in the Alpine areas can be used by campers and hikers in extreme weather. Fry’s Hut is the only original hut still standing after the 2006 bushfires. So I was very keen to visit here.

It was very cold while we were doing some night shots and playing with a LED Torch, had the locals wondering what we were doing (one guy asked the next morning lol). It must have dropped to about 0C or less as everything was covered in ice the next morning: the tent, the car, the ground. We rose early to catch some early morning sun on the hut and mountains, but as we were low in a valley we didn’t expect nor receive any form of sunrise. We had breakfast with a Kookburra, and then packed up and moved on to our next spot.

This is where I will leave you, until next week……..