After a chilly morning we left Fry’s Hut in bright Autumn sunshine to head out towards The Bluff, a long expanse of Granite escarpment. After only getting a little bit lost, we found it, but there really wasn’t too many opportunities to pull over. The roads were 4WD or at least AWD and there was actually quite a few cars……….with not much room to pull over and debris everywhere as well.

We then headed of to Mount Sterling and to find Craig’s Hut. This is 4WD Access only and was quite hair-raising, although typically Moth found it fun. This is actually the 4th version of Craig’s Hut, the original was built in the 1940’s and burnt down, then re built for The Man From Snowy River Aussie block buster film from 1982 (If you have never seen it check it out), based loosely on the poem by Banjo Paterson, The Man from Snowy River. It was then burnt down and rebuilt in 1993 (That was when we visited it last time), it was then burnt again in the 2006 bush fires. 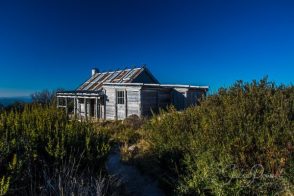 We met up with our Tog Group and set up camp. Just as the sun was beginning to lower in the sky, a helicopter flew over us and proceeded to land on the mountain…….right in front of us, and a Bride & Groom and Photographer jumped out and proceeded to do a wedding shoot at the hut! Score, Bonus………….we had to be in on that action. At one point the (very patient) photographer had the Bride and Groom pose in front of us, acting like paparazzi and also photo bombing us! Quite funny. The skies were crystal clear, so we didn’t get the most spectacular sunset; but you can’t beat that view. 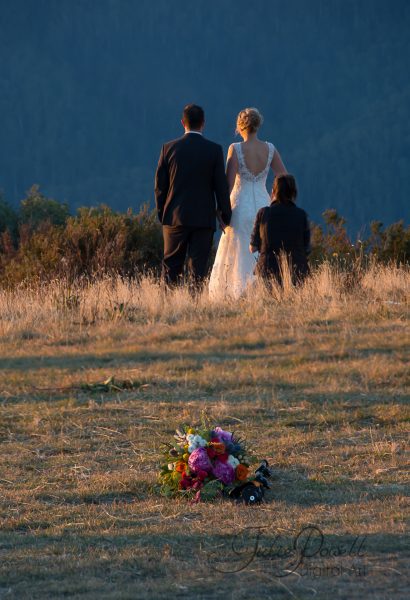 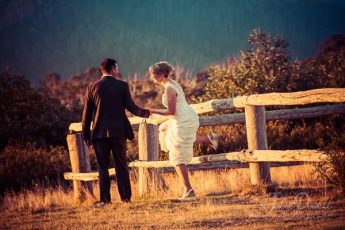 Eventually they left and we shot sunset. The temperature started to drop so we made a campfire, had dinner and sat around talking, mostly photography stuff – go figure in a group like ours lol. Then as it had already been a really long day, and it was very cold and windy; we went to bed early. 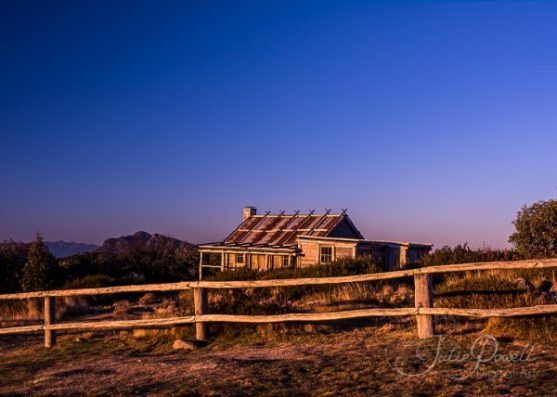 We rose early the catch the sunrise, not as cold as the day before perhaps 4C, still no cloud and no real sunrise, but so very pretty. All too soon we headed back and packed up camp and said goodbye to everyone. We then headed off to Mount Buller Ski Resort. I have never been to a Ski Resort (even though there was no snow) nice views and was quite interesting having a look around at all the chalets and ski runs. We stopped for a coffee and then headed back down the Mountain.

We stopped for several photo opportunities along the way, and finally made it back home, late in the afternoon.