We recently attended an Astro Shoot with my Tog Group in Snake Valley (near Ballarat, rural Victoria) about 2 hours from Melbourne. The Saturday dawned clear and sunny, but storm clouds were expected on Saturday Night and Sunday, so we were on a constant lookout.

We had backup plans in case it turned really inclement. We stayed a Crystal Clear Lakes, which is a school cabin camp, with bunk beds and camp kitchen, block showers and toilets, a step up from camping, but still not particularly comfortable (The beds were more like torture devices). Still we made our own fun.

We all met in the afternoon and had a good catch up, a mini group meeting (there was about 30 of us) and then a big BBQ dinner. Once it got dark we made our own fun with LED Torches, Glow Sticks and I brought along some Sparklers.

The clouds cleared a little, late in the night, but due to various reasons, I really did not get a single astro shot, worthy of keeping. We never saw any shooting stars (this was the night that was supposed to be full of shooting stars that passed through the tail of Haley’s Comet and should have been spectacular. I got up at 4am to watch, but there were so many clouds I really could not see anything and by 5am it was completely overcast and raining, so I went back to bed. Moth stuck his head out of the cabin at 6:30am to see if it was worth getting up to shoot sunrise over the little lake behind our cabin, but he said to go back to sleep…………which I tried but due to being so bloody uncomfortable I could not.

We rose early, ate breakfast, complained along with everyone else just how bad the beds were, we all had a good laugh at just how straggled and pathetic we all looked after a late night, a few drinks and no sleep! Due to the fact that the weather was really quite miserable, we gave up on any thoughts of exploring today and instead headed home.

Here are a few photos of our light painting on the little jetty behind our cabin. 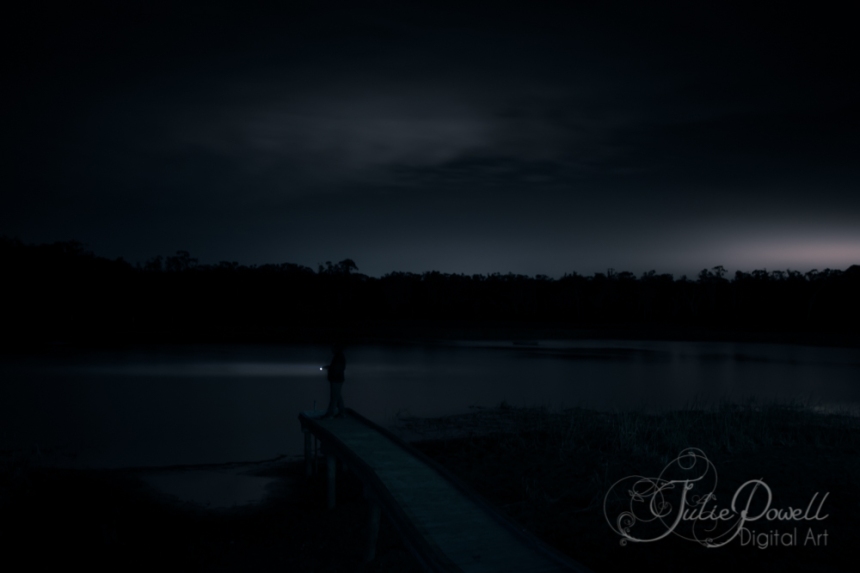 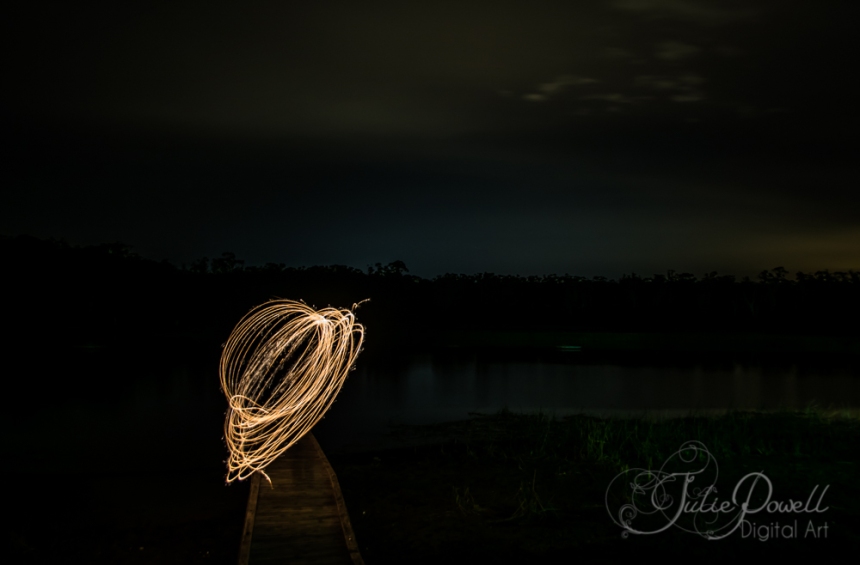 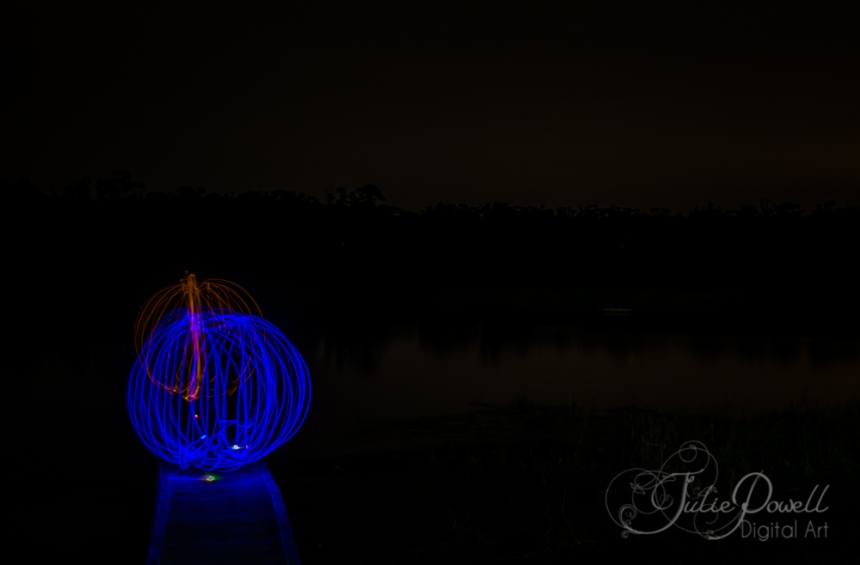 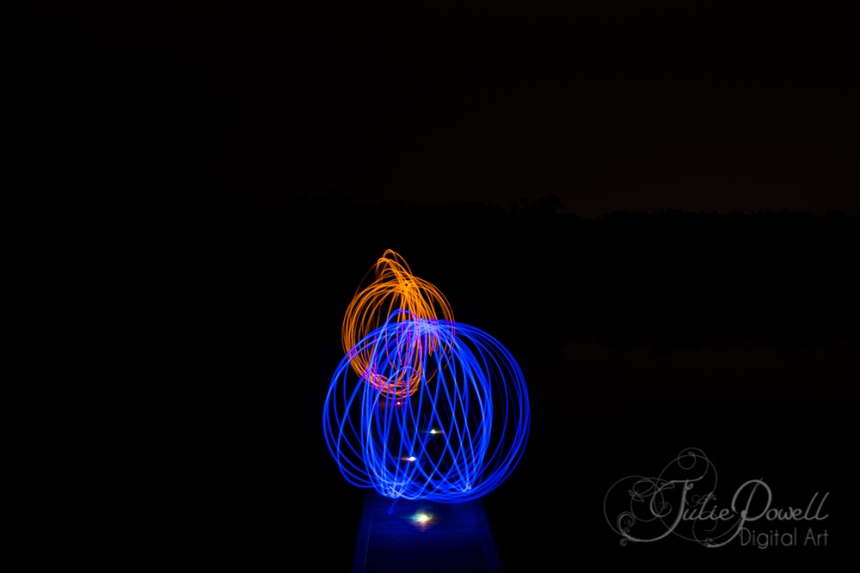 Til next time, safe travels, keep warm and dry and happy snapping…