I wrote a few weeks back about how I finally made the move to a more professional quality lighting system in the studio. In some cases long overdue, but such an added expense. Seriously I spend more money than I actually make out in the studio, but I AM having LOTS of FUN! I ended up buying the Bowens Gemini 400 Strobe Kit 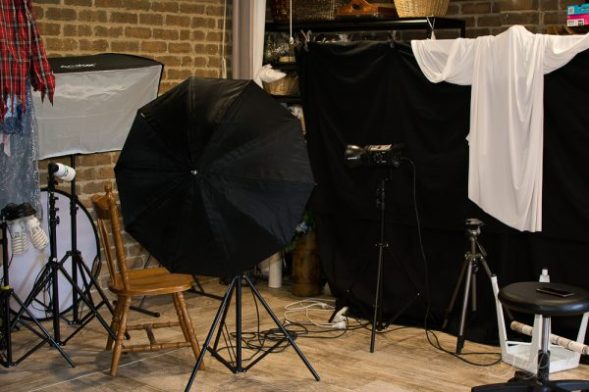 This was a little bit of a learning curve moving from continuous lights to strobe lights (more like flashes than normal lights) and only work once triggered by the camera. Bearing that in mind they have what is called a modelling light, which is actually more powerful than my continuous lights!

With both the modelling light and the strobe light these can be dialled up or down to create a huge amount of light or next to nothing. I fell in love with my lights on day one, even though they were decidedly frustrating to set up.

The manual is next to useless, shows where everything is, but not what it does or how it works. Next the guy at the store was not overly knowledgeable (as I found out later) as he seemed to be. The sync cable that came with this kit does NOT fit my Nikon D7100, even though he said it would. No much of a problem I can get an adaptor from eBay that allows me to do this, but I don’t really need it.

Next he said that the TTL & Commander modes on my camera would not fire the strobes, like my speedlight………….WRONG! So he gave me a trigger (for free) that would…..clumsy little system that was not fabulous. My next problem was this trigger system only plugged into one strobe, how do I set of the 2nd one? Google had no answers on this one, either!!!!! Apparently us folk in Australia who do not use the word cell phone, don’t get the link with the idea of a cell being used as a word for networking or syncing things. It took a few phone calls, but finally someone who actually KNEW the  products explained the whole set up to me. As I said the manual is useless. There is a little button named CELL on the back of the lights, that the whole trick.

BOTH lights will work if the Cell button is switched on and I use the Commander mode for Flash on my camera or the TTL mode on the old D5300. I can adjust the strobes up or down independently, use one or both at the same time and trigger from my camera. WARNING – it does seem to use a lot of power from the camera battery.

My kit came with the two strobe lights, two very sturdy stands, one sync cable, one light cover/hood and a modelling light (for each light), each light came with umbrella, with silver and white diffuser……both came pre-fitted on the same stand and took quite a awhile to figure out HOW to pull them apart. Apparently the next model up comes with soft boxes and no modelling light…….I’ll keep the modelling light thanks; so useful already.

So just how brilliantly do they work? Well I am still playing with them, like the speed light they take a bit of trial and error, with continuous lights, what you see is exactly what you get, with strobes you don’t know until you take the picture. I know more higher end models allow you to set the aperture on the actual light to match your camera and such……mine are a little more basic and so take a bit more work. I have not as yet done a full portrait set up, but will do. I have also ordered a soft box and a snoot as well, so it will be interesting once I get them to play with as well. I would also love a strip light and beauty dish………but alas more money. Need more jobs to make more money to buy new toys, but isn’t that always the way with 1st world problems? But so far, the shots that I have are truly amazing, especially on Dark and Moody and great for soft even light for macro & close up.