Well it has been awhile and I thought I would give an update. All Fur Babies are good, 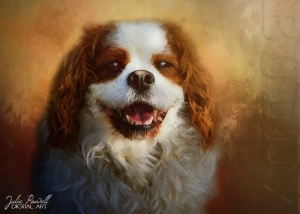 Buddy is several months post op from his ruptured ACL and he is doing really well, the surgeon is super pleased and so are we. It was an ordeal to go through (for all of us) but now that we are on the other side we are so glad he had the surgery. He has a small limp, which may resolve in time, but he is pain free and such a happy boy again. Now to just keep him off the furniture, as he is not allowed to climb or jump on and off things anymore (I don’t think he got the memo!) He can now walk up to 30 minutes at a time before he tires out; we still need to build up the muscle mass he lost from not being allowed to walk for 5 weeks. 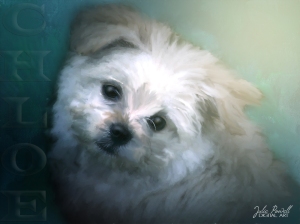 Chloe has finally figure out she is no longer a pup, and she is slowly started to slow down. Her eyes are still bothering her at times and she startles easily and then gets snappy, but they said there is nothing that can be done; it’s not like cataracts or anything. Eventually she may or may not go blind and we will deal with that when it happens. While she is still happy and healthy, we just deal with her ‘grumpy’ moods and warn people not to grab at her.

Zorro has been banned from playing in the backyard as he finally discovered a way to escape and we have a 24 hour cat curfew, besides I am terrified he will get on the road……don’t like to think about that!But he is still trim and healthy, but not very happy; no food and no outside makes for a very grumpy black cat. I need to get Hubby to fix that part of the fence to stop him roaming and then both cats can enjoy the outside again……hopefully before Winter.

Teddy has his good days and bad days, he has never enjoyed the good health that the other three had, a rescue cat with health issues; is going to need special care, we knew it and love him anyway. He has a huge heart and a huge attitude; but sometimes we just have to leave him be when he is having a bad day. He often struggles to keep food down, and the arthritis in his spine, hips and tail make getting around difficult some days, but not others. We have looked at getting his tail amputated but after Buddy’s surgery it’s not a path I am going to undertake lightly and only has a last resort. When his bad days start overtaking his good days we may need to make a difficult decision, but for now he is mostly happy.

All my babies are over 10 years old and while they all have lot of good life ahead of them, I see them starting to slow down and worry that their best years are behind them. As much as I love having animals, this will be the hardest bunch to deal with yet and having all of them the same age will probably make it even harder.

The turtles on the other hand will outlive both of us! Sheldon is huge (nearly 20cm from nose to tail) and needs both hands to hold him now and he is only 2! Crush, while he was stressed and being eaten and bullied by Sheldon was so small and often sick and we were in danger of losing him……..now he is in his own tank is rapidly gaining weight and has doubled his size (approx 15cm) over the last few months, still a little way to catch Sheldon, but he is getting there. He is also not as timid and is becoming more curious again. We got them new feeding tanks a little while again, so no more escapes, well at least for the moment. Sheldon sulks that he has no one to bully apart from his fish, which he chases occasionally but never seems to catch. When we consider they were barely 3cm when we got them 2 years ago. Read about when we first got them and see photos here

That’s it, we still have all the fish inside and out, as well as the varied wildlife that call our gardens home, and while I love to watch them, I am not so attached.