Another cool and cloudy morning had us all meeting in St Kilda near the Esplanade, the Sea Baths (really just a fancy gym), the Pier, the Markets, Acland Street and Luna Park. We all ambled around the beach and walked the pier, grabbed breakfast and coffee at the end of the pier and chatted while we watched the world pass by. We wandered along the foreshore to Luna Park and then onto Acland Street. Mostly we split off into smaller groups and chatted amongst ourselves, switching between different groups. A long leisurely lunch in one of the many cafes and restaurants found along that stretch of road. All too soon it was time to depart, some went on to more exploring of Melbourne. 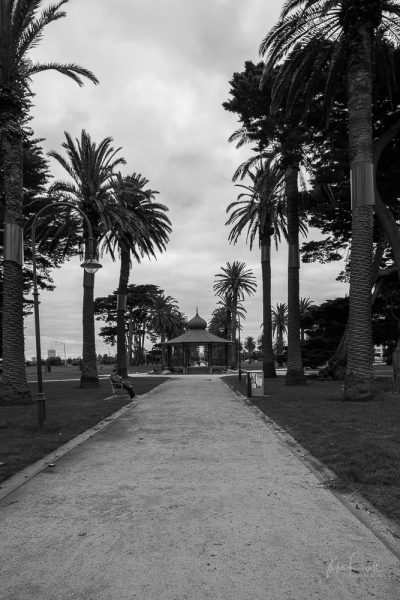 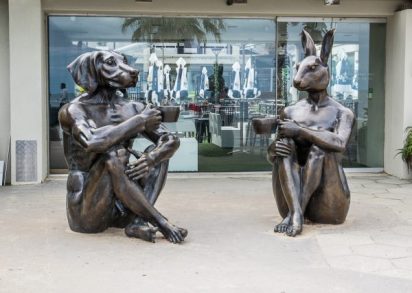 So far I had been playing tourist along with everyone else, while others from the group played Host, Day four was my day. A very early start for some to catch trains and drive from various locations to meet in Belgrave by 9am. I only live 15 minutes away, but still I had lots to do.

This morning myself and co-host Tony Stephenson had arranged some fun……we had two models (Mel and Jess) and we did Little Red Riding Hood and Cinderella at Glen Harrow Estate. This was all sprung on everyone last minute and much excitement. They knew we were doing a workshop, but had no idea what! We split into groups and spent approx one hour with each model in various locations, some had never done this sort of thing before, so it was a chance to learn to work with models and create concepts. Such a fun morning. 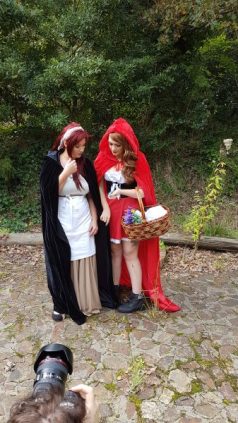 We then headed off to catch the iconic Puffing Billy steam train as it crosses the old trestle bridge in Selby. We continued onto Olinda (after much confusion and getting a little lost), for coffee (and yes more cake…….I have not seen so many people eat so much cake lol). Eventually wandered around some of the shops and then onto our next stop; RJ Hamer Arboretum. I have photographed in today’s locations several times and it was lovely to share with all my new friends. Wonderful views of the valley and Dandenong ranges from here. We had a long lunch with many laughs and a great BBQ, fungi hunting and looking for Autumn colour. We departed ways with many people from here, some already heading home, some off to explore more areas of the Dandenongs and further afield. Our small group went off to Cloude Hill Gardens, for a bit of a wander through the Nursery and then yes……..more coffee (and cake by some, I think the rest of us were finally over cake lol) 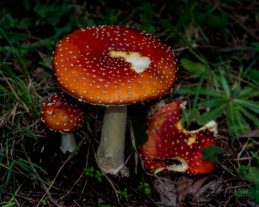 By the time I dropped my companions back at the Train Station for their journey back into town it was getting cold and dark, and I made my way back down the mountains to home.

I have not even looked through all the images and there is already discussions about next year’s event. I am foot sore and exhausted; but it was such a great event, sure there are things we may need to change in future, but we are off to a fabulous start. I am sure, as are many of the others, that lifelong friendships were formed and strengthened during our short visit together; some even follow this blog, as I do theirs – Julie waves ‘Hi’ and gives Smiley faces………..they know who they are 🙂

7 replies to Awake Australian and New Zealand Get Together, 2017 Pt 2