What makes a huge studio concept shoot even more fun? Sharing it with friends. I had Desley (Musings of a frequent flying scientist) join me in the studio for a Conceptual Boho Forest Fairies  Photo shoot, as opposed to our normal Still Life, which we normally do together. This was Desley’s first time shooting under lights in the studio with models, we had my favourite girls Jess and Mel come in, with dresses, makeup and wigs by Micaela (Glam to Perfection), we refuelled the Smoke Machine, we also got smoke emitters, Floral Crowns were specially made by Desflora. Oh what a day…….three hours in make-up and then three hours in the studio.

While the girls were getting ready Desley and I set up, checking lights and things, while also organising a few bits and pieces………I think I can spill the beans (a little) Desley and I have formed a business Partnership and will be teaching Workshops out of a big Photographic Studio…..Pixel Sisters Studio, is about to be officially launched shortly, stay tuned.

Now the Boho Forest Fairies did not come without it’s share of issues, the original outfits (ratty tutus and corsets) were not used as A) Jess had a fabulous outfit she brought with her, B) Jess also fell in love with another dress she wore for part of the shoot and C) none of the corsets and most of the dresses would NOT fit Meellisa and her ample bosom…in fact I only have one dress that fits this girl, and she didn’t bring any backups…oops! We also could not find any fairies wings I particularly liked (they were all covered in feathers……fairies have dragonfly wings, not angel wings!),  so I resorted to shooting without and adding them in Photoshop on a few.

This was also my first time working with smoke emitters (AKA Smoke bombs – but we are no longer allowed to use that word)…oh dear, lucky for me Desley and her cool hand luke persona were there. We tried one in the studio (with ALL doors open), there was a LOT of smoke, but what we didn’t count on was it falling apart, poor Mel got a slight burn on her arm (nothing major) and a big chunk of it fell on Jess’s wig, which Desley quickly snatched away; getting her own minor burn 😦  before Jess’s wig went up in flames, a few minor scorch marks, but Jess was all OK. And it stinks! I mean really stinks. Luckily the weather was good, so we ended up going to the local park to play with some more smoke, the late winter afternoon sunlight hit the smoke in the most beautiful shafts of light……….so dreamy. 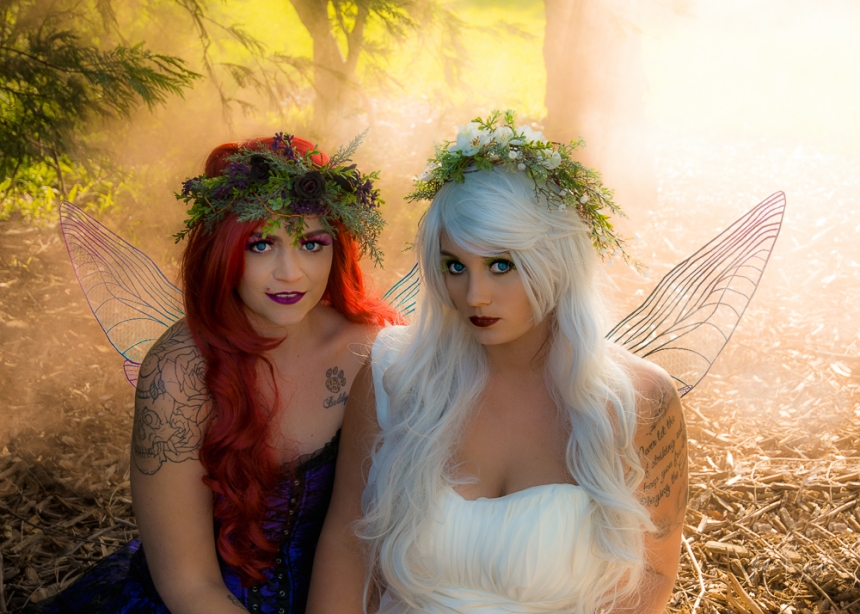 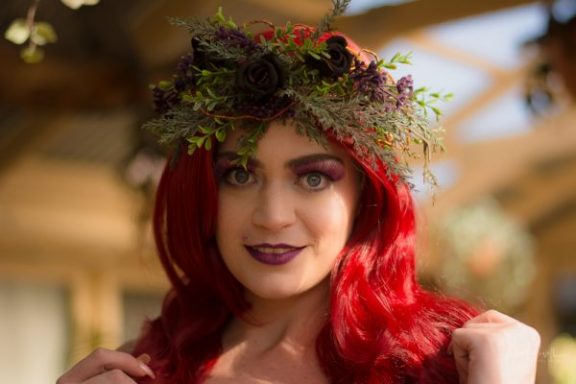 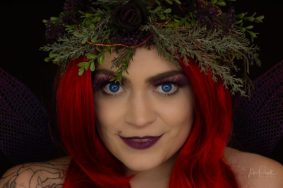 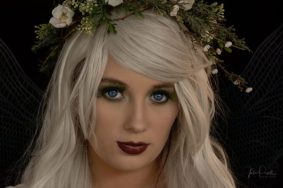 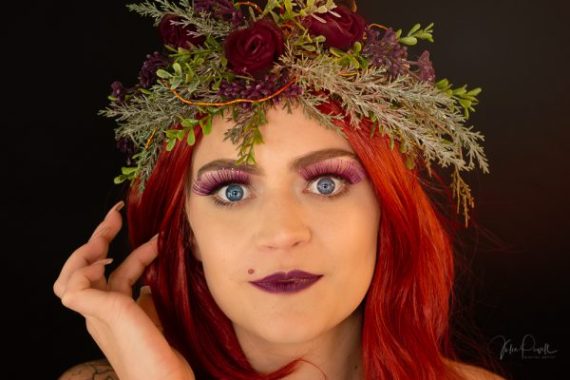 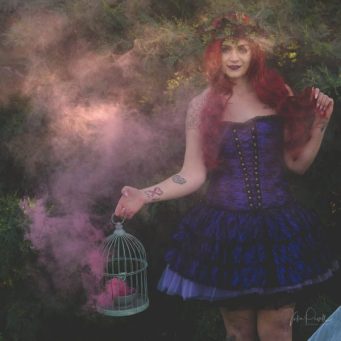 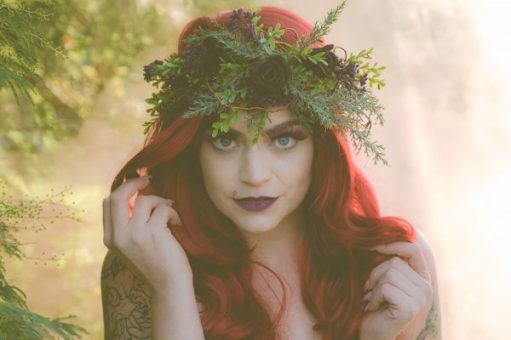 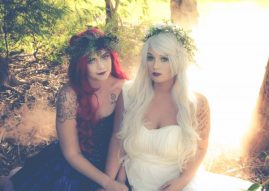 And here is a few behind the scenes shots……..I really must remember to take more! 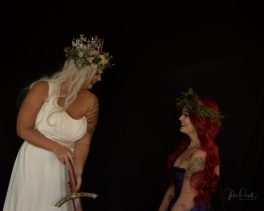 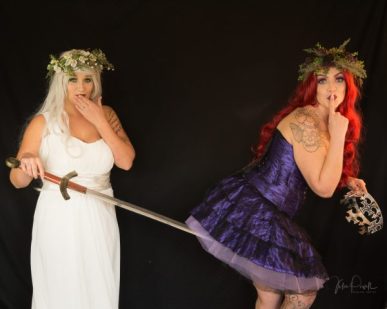 12 replies to In the Studio – Boho Forest Fairies, with Desley