As some of you know I am a member of a few photography groups, one such group is called The Dark Room, which has quite a few various styled photographers, but the aim is to create large elloraborate concept shoots, that may not be possible on our own. Each photographer puts a set amount into a kitty and that money is then used to hire studio spaces, buy props etc. Apart from that small outlay, all photographers, models and Hair and Makeup work for free. Then it is a case of scrounging around to see what everyone has at their place to use.

Months of preparation is required for this type of set up, firstly there is the studio space, models, backdrops, costumes (can you believe the Black and White wedding dress was owned by one of the photographers and fit our bride to a T), my Nephew Kyle did an amazing job as Uncle Fester, and my Moth was a wonderful Gomez. Brooklyn Garret played little Wednesday Addams, oh my what a star…she had way too much fun on the day and did a superb job. We lost our Pugsley and Cousin It, along the wayside and we had to find a stand-in for the Groom at almost the last minute.

My hair and makeup lady Micaela arrived at 8am to create Gomez and Fester, you can see some behind the scenes here, we then met with the others at the studio to finish setting up and changing into costumes. There were roughly ten photographers (some of the models like Gomez and Grandma were taking photos as well), and three separate shooting areas, so we all had to play nice, have patience and take turns, as much as we all just wanted to jump in. There is something to be said for shooting on your own in your own studio, but I could never have achieved the shots below on my own, not without spending lots of money. We mostly used flash lighting, but we also had a ring light and some natural light as well. We hired the studio for 10 hours and were going to make the most of the time we had. 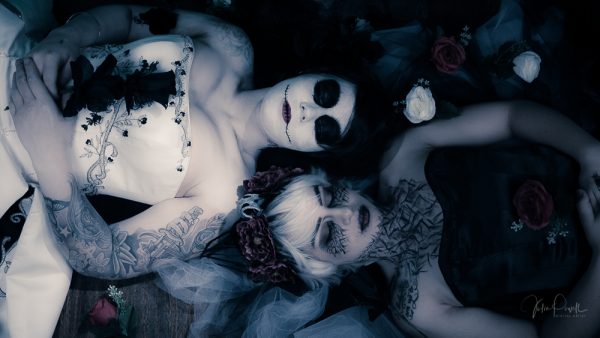 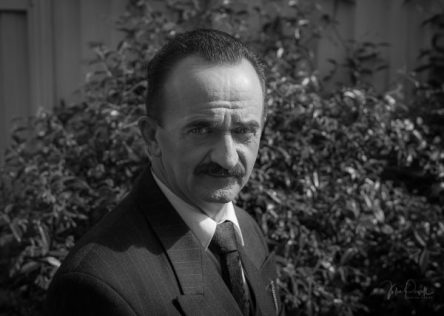 We finally wrapped it all up about 4pm and then packed up, clean up and then finally went our separate ways. What a day, I was exhausted, but so happy with the shots. These are just a few of my favorites from the day, I am still working my way through some of the images, especially the ones shot in front of the green screen, I will get around to posting them all soon.

11 replies to In The Studio – An Addams Family Wedding