Yes, you guessed it, up early again, the heat and humidity was the biggest issue we battled and getting up early is the only way to get things done. We went back into the city to photograph a few Bridges as well (another reason to get up early beat the traffic and find car parks!) We wanted to shoot Story Bridge and we spotted another interesting pedestrian Bridge covered in what looked like boat masts and rigging – Kurilpa Bridge. 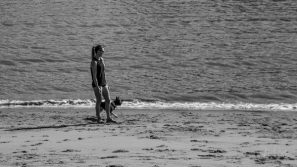 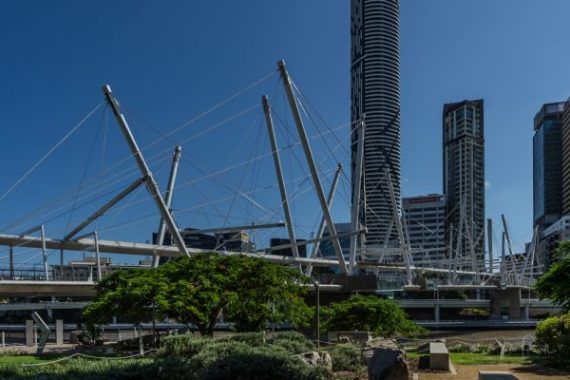 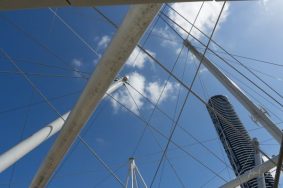 We saw Story bridge from various viewpoints around the city and from both sides of the river. We then headed off to find some breakfast/ brunch. Ended up back at the Botanic Garden Café, we had a lizard join us for breakfast and we enjoyed a wonderful meal. We then spent a lovely (but hot) few hours walking around the gardens. I especially enjoyed the Japanese Gardens and the abundance of reptiles and dragonflies to watch around the beautiful lakeside area. 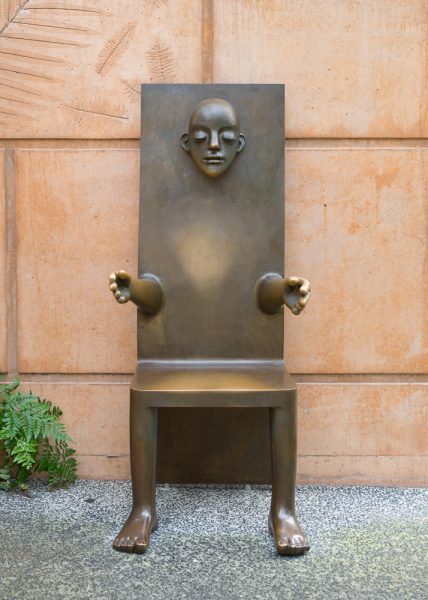 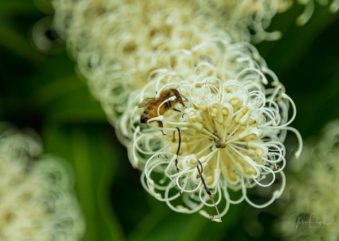 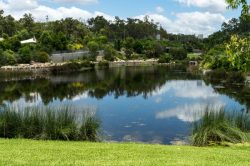 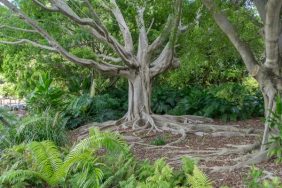 As lovely as the gardens are, they are only open from 8am until 5:30pm, silly really as that is the hottest part of the day, and early morning stroll (before 8am) or an evening picnic, especially in Summer would be wonderful.

We then visited the Planetarium, Moth enjoyed wandering around, personally, I just enjoyed the seats and air-conditioned comfort! I think it was more aimed at School Kids, but there were a lot of displays (and kids) we didn’t watch any of the shows. 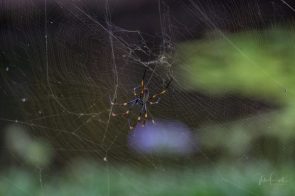 We stopped in on the way home to Boggo Road Gaol, after seeing a signpost, figuring it was another old jail, like the ones we have visited before. Touted as Australia’s most notorious prison. Honestly, I could not remember where I had heard the name before, their most notorious criminal, Slim Halliday, I had never heard of. But on the brochure, it mentioned the Whiskey a Go-Go Nightclub bombers and riots of the 1980s, which I vaguely remember. We had just missed the daily tour, so we just wandered around outside and then left. You can also do Ghost Tours of the jail and local cemetery, but we decided against it, due to lack of time.

We then went back home to see my daughter for a few hours before she went to work. Watched a movie and caught up on some social media stuff, a few emails and such. We waited out for sunset, but again, nothing noteworthy we had not had anything all week, mostly clouds or rain, a touch of pink occasionally. Sunrise, we never even bothered, figured it would be about the same and SO early up here. We then went out to Bella Tiarnie for the best pizza I have had in a long time. We then headed back to Wilsons Lookout to capture Story Bridge at Night and the City Lights. We also drove around to various points in the City to shoot other night time shots, including the Brisbane Wheel. 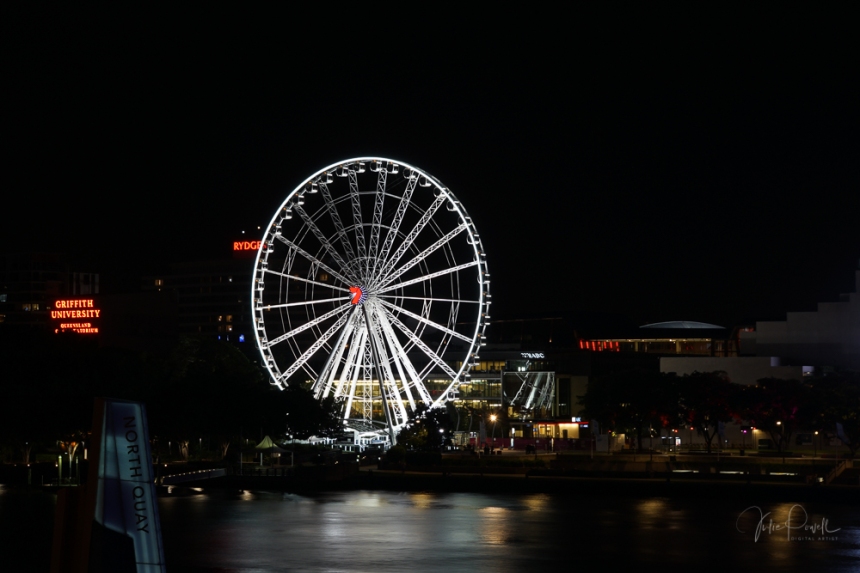 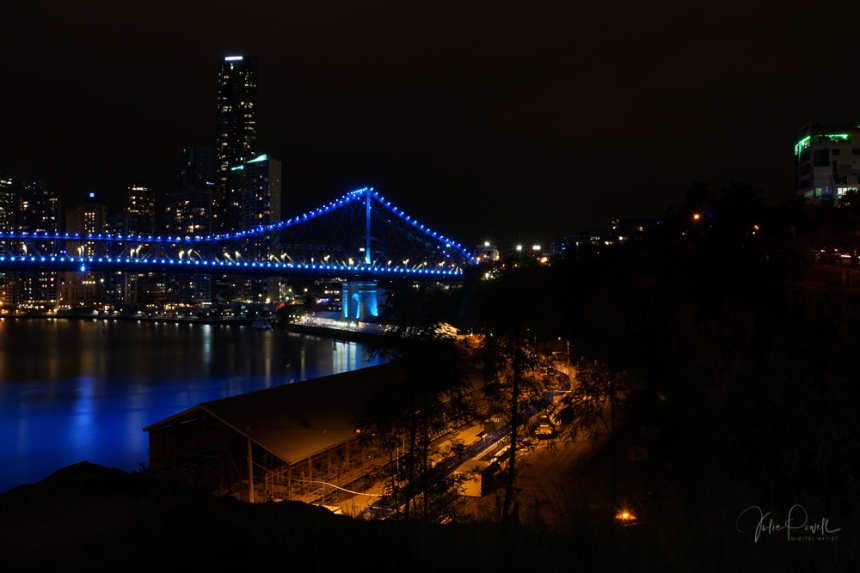 Day 6 – This was our last full day in QLD, so we made the most of it, drove the 2 hours to Byron Bay, then out to some waterfalls, Crystal Castle and Murwillumbah, but that is all for another post.