I bought my Sony a7ii back in September last year and have been working with it a lot, especially the last few months. I found working with a full frame mirrorless to be more challenging to swap over than I thought…I have no idea why. Apart from swapping brands I also swapped lenses, which meant a whole new range of lenses. Sony does not have the huge range Nikon does, but they seemed to have enough for most of my needs. The one thing I was lacking and sorely missed was my macro and my microlenses. The 50mm prime lens is beautiful, however, I cannot get very close.

I have heard talk of Extension Tubes before but had never really looked into, but it seemed like a possible cost-effective way of doing my macro shots.

Extension tubes work by increasing the extension of your lenses. An extension tube is a hollow, light-tight tube that fits between your lens and your camera mount. It moves your lens further from the camera, and the front element closer to the subject. The closer you can focus, the more magnification you get.

I bought the Vello Delux Auto Focus Extension kit and it comes with 10mm and 16mm tubes and you can even use them together, they cost about AUD$100.00, whereas the 50mm Macro for Sony is about AUD$700.00 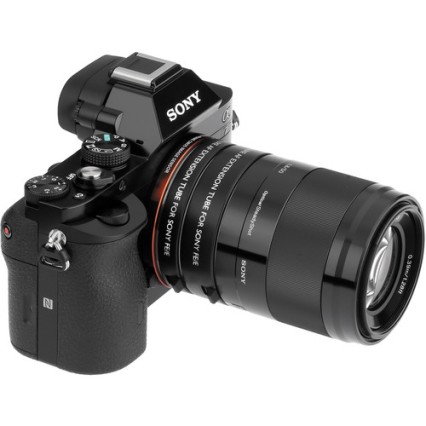 I have shot several times with these extensions, and I am pretty sure I have mentioned them before but it was not until a recent workshop where I was asked to explain what they do and why I use them. It was not so long ago, I had never heard of them before either, but now they are an essential part of my kit.

Well apart from the cost, they are lightweight and easy to carry around, as there is no glass, I can carry them in my pocket while walking around.

As you can see with the basic prime my focusing distance is about 0.5m but with the extension tubes, I can get much, much closer (people are often amazed at just how close I can get). Mine has the electrical contacts to use the autofocus and F/stop, so that is nice and handy. It does not distort the image at all, apart from the magnification.

Well, it can be fiddly to get on an off at times, but that could just be me. Even though they have the autofocus contacts I find at times it can be difficult to get the camera focus and often switch over to manual anyway. Sometimes you are too close. With a proper macro, you can get magnification without burying your face in a flower, good point to know when battling bees. I have also found in my experience it is also slower to work with than a standard macro, but I am getting better and quicker. So perhaps it is just practise and patience.

I think my biggest struggle was focus and depth of field. I guess I am used to picking up my micro50mm and jumping straight to F/2.8 or higher and getting my bokeh on. But as it was pointed out to me quite some time ago, having a small subject and range means it is often a lot more difficult to work with such a high F/stop, so I pushed it down to F/9 or even F/11. It is easier to learn with a larger DOF. This, of course, steals light and when you are working in confined space so close there is often the problem with minimal light and lots of shadows, I find making the most of natural light (ie backlight) or studio lights on a snoot can help a lot too.

The above photo was captured by Desley of me taking the photo next to it, see how close the camera is to the subject, Crazy isn’t it?

I think they are a cost-effective value tool, but I do miss my 50mm Micro and 90mm macro (now THAT is a versatile lens). I have a friend who bought the 50mm macro for the same Sony camera and I am watching what happens there, I may in time perhaps invest in one too. Oh, you can also put the extension tubes on a macro lens for even more range! Here are some other sample shots. 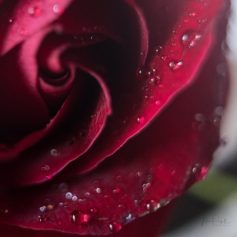 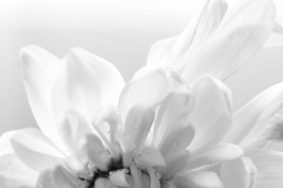 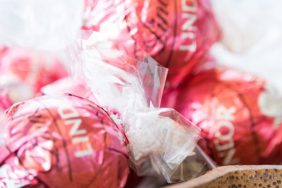 I may not be the queen of macro, but I do love to dabble at times 🙂