To be honest, this isn’t much of an outing at all, but I did take a few photos. We were supposed to meet some other photography friends for a Tank Open Day (as in vintage war tanks), this place is only open once a year, and we got there late, the crowds this year were staggering and we could get nowhere near the place, let alone find a car park. Photography with these crowds would be hopeless, plus it was cold, grey and threatening to rain. So of course, we gave up (honestly I have become such a sook!), luckily it was only 5 minutes from home. We decided while we were out, to stop in at Cardinia Lake, for a few photos. We’ve been here before and have even flown the drone here [read post here]. That was back in April and much nice weather. 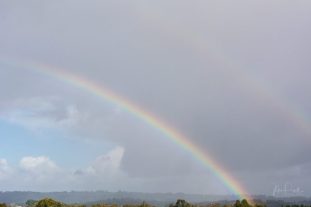 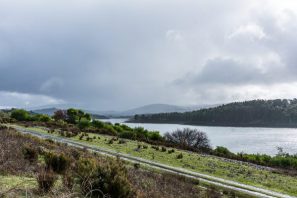 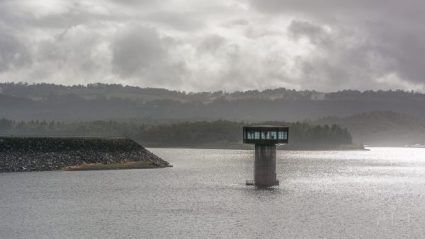 As you can see it was grey and gloomy with storms threatening, we did see a double rainbow and a few rays of the sun. I love it how the water is still vivid blue when the sun came out briefly, but then it returned to grey, just like the sky. Behind some of those clouds is the Dandenong Ranges, completely hidden by mist, fog and cloud, it probably would have been very cool up there, shrouded in all that fog. Warburton and Marysville also got a thick blanket of snow the night before, but no time for it this trip.

We also found this, which I hope and assume was a toy gun! So this is probably no more than a 5-minute shoot, then back home with the heater and hot coffee, much nicer.