We recently hit the road for another day trip adventure, we took another photographer friend, Lisa, with us this time. It was nice to have some company. We left early-ish in the morning, it was not too cold (for Winter in Melbourne, we had been freezing earlier in the week), and drove out to Country Victoria, our final destination was Heathcote to meet up with some other photographers for Sunset and then maybe Astro, sadly this never came to pass due to weather.

Our First stop was Organ Pipes National Park, The Organ Pipes, a set of basalt columns formed by the cooling and cracking of molten lava, are the most well-known feature of the park. It is quite a steep walk down, it was interesting but not as impressive as I hoped. Still, it was a lovely morning for a walk. Moth and Lisa also walked out to the Tesselated Pavement, but very different from the awesome ones we found in Tasmania. They even saw a Kangaroo and Joey!

I was content to wander back up and shoot some of the native flora, I never saw any fauna. 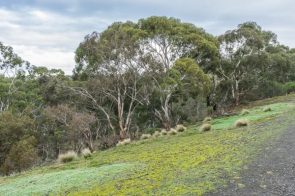 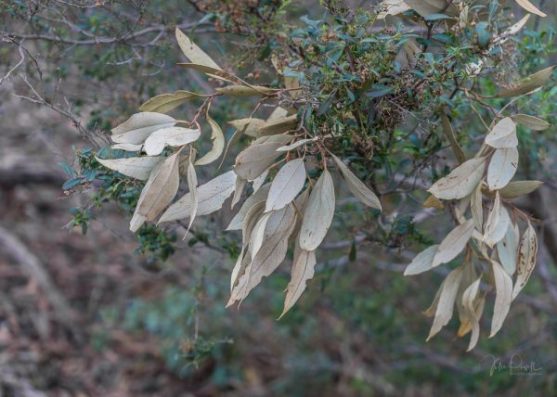 In nicer weather, it might be a lovely spot for a picnic, especially by the stream, which was quite muddy when we were there, hopefully, it runs a little cleaner at other times of the year.

I had the recently repaired Sony, with me to give it a test run, even with my 18-70mm lens I felt my images were a bit flat.  It took a bit to get used to the Sony the when I first got it, perhaps it will again 😦

Our next stop was Trantham Waterfalls.