Another wonderful spot, on The Gold Coast in Queensland, once you get away from the beaches and theme parks are the Hinterlands. The Gold Coast is nestled in a thin strip between the mountains and the ocean, tropical rainforest and lovely little towns abound in these areas. We had limited time on this trip, really only two afternoons to explore, but one such spot we visited was called Natural Bridge, Springbrook National Park. This area is lush and green and teeming with wildlife, we could hear all sorts of birds, but only saw a few, so well camouflaged they were. Supposedly only 1km walk (but I feel it was much longer if you do the round trip like we did, we also went counterclockwise, as we did not know to do the other way), but still worth the walk. 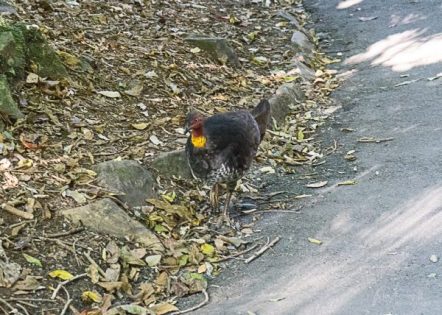 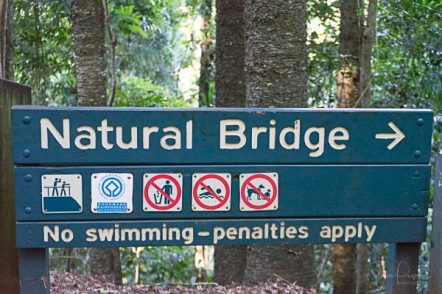 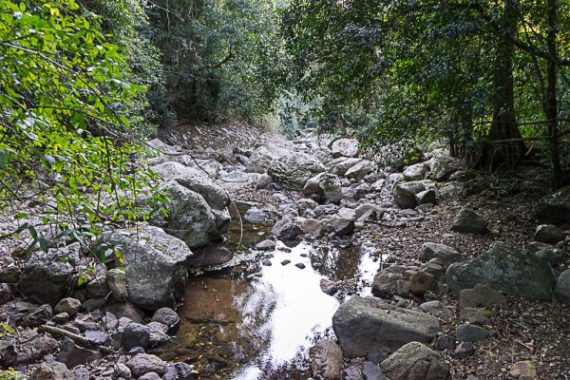 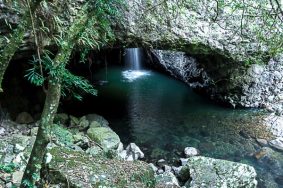 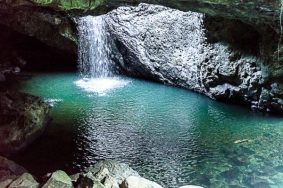 This spot was so calm and peaceful, not too many visitors the day we were there. The back of the cave where the water flows through there is supposedly Glow Worms, which can only be seen at night. Very strange, I thought Glow Worms needed total darkness, but this cave does get some ambient light, even right at the back.  We never saw any, way too bright mid-afternoon.

“Natural Bridge is in the western part of Springbrook National Park, part of the Gondwana Rainforests of Australia World Heritage Area.

The park’s Natural Bridge section features a picturesque rock formation, formed by the force of the waterfall over the basalt cave. It is easily accessible from the Nerang-Murwillumbah Road car park.

Start the short one kilometre subtropical circuit clockwise and descend through ancient Gondwana rainforest to the Natural Bridge rock arch.

We did not see any frogs or owls either, would love to have done a nighttime visit in Summer, sounds wonderful and probably much cooler.  perhaps one day we may do this, with my daughter being posted in Brisbane for another few years, we will be up this way again soon.