Even though I have officially retired Dapper Rabbit, I still have the Rabbit head, and he was brought out for an Alice in Wonderland, that never quite happened, but my Photographer friend Sue, still wanted to capture some bunny pics. I only took a few, as this was her want, 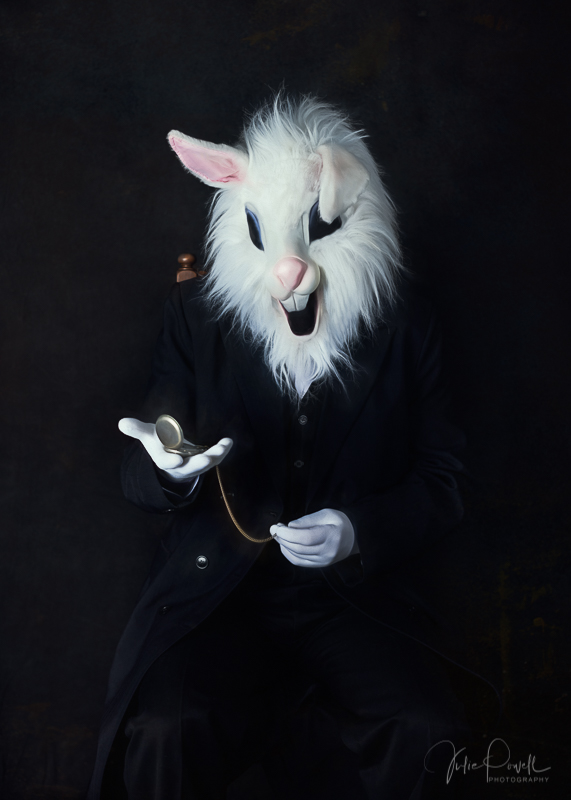 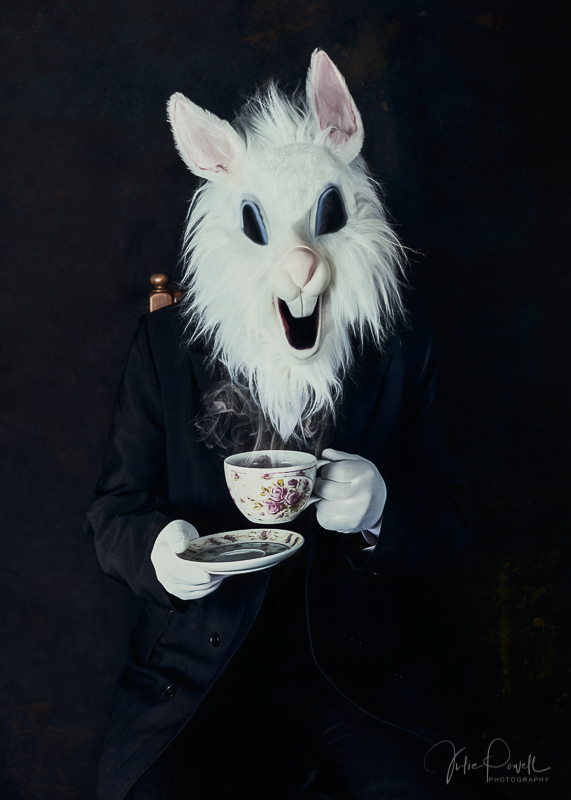 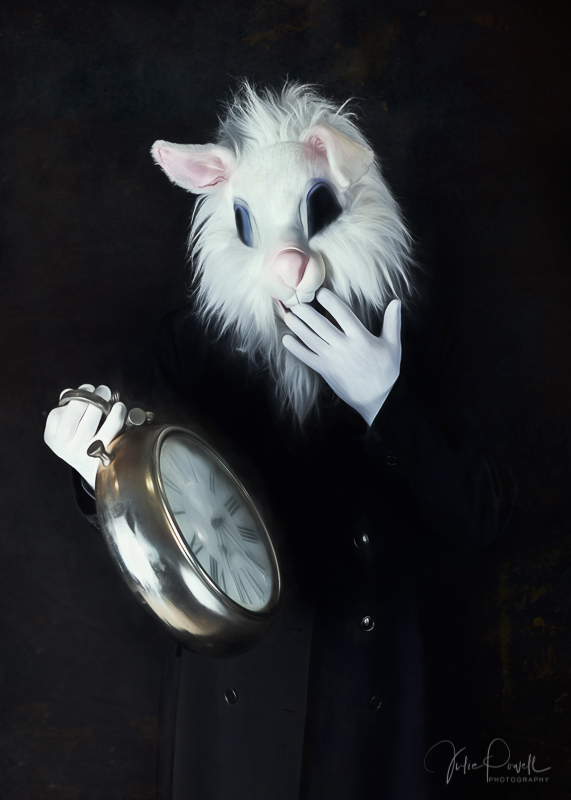 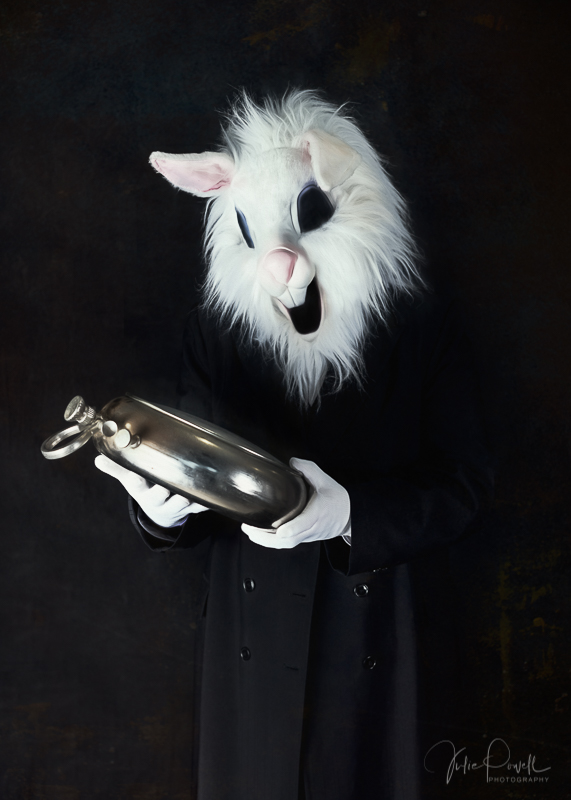 A different costume and some white gloves and a giant pocket watch (& a small one) and teacup to make him appear smaller, however many people still felt he looked evil??? Poor Rabbit.

p.s. Yes poor Moth was still our model this day.

4 replies to In the Studio – The White Rabbit