It’s funny, while so many people are complaining about how bored they are at the moment stuck at home, I have never been busier. Granted to was too busy sulking for the first couple of weeks about the unfairness of it all (my surgery got cancelled), I can’t shoot, can’t run workshops, can’t have dinners out with friends, then my daughter got sick (we think CV), Dad had a nasty fall and yada yada yada. Oh woe is me…right? Get a grip!

So last week I finally decided to stop sulking and do a few things. My first stop was to offer my photography friends some special gifts, just because I can in a world full of mean, it’s time to do something nice. It got me a whole lot of nice back 🙂

Then I picked up my camera, the first time in a few weeks and grabbed some stuff from the kitchen and had a mini shoot or two. I grabbed eggs…I have no idea why it just seemed like a really good idea. an Eggcellent idea!!! lol 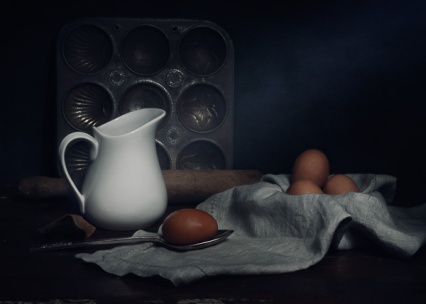 I created the first two with light painting and then had the idea of using cracked eggshells, so I saved some after my daughter made an omelette (she is in a real omelette frenzy at the moment) and then staged another mini shoot.

I will be honest I ended up having to reshoot as the eggs kept moving. I did hold them down with Bluetac but with a 25-second exposure they were still moving ever so slowly, making them blurry! Oh dear, First World Problem hey?

2 replies to An Eggcellent idea…