I really was so taken by Walkerville and Waratah Bay Boat Ramp, I can still feel the calm and the touch of the sun on my face as we watched the sun rose that morning, such a sense of bliss. I mentioned here that Wilbur won us a prize, it was weekends accommodtion at a B&B in Fish Creek, which we visited again about a year later…and yes back to Waratah Bay too…

My Post title probably should read Walkverille, we spent so much time here; such a beautiful place. So we rose at 5am and drove back to Waratah Bay, I was so taken with this spot, I knew I wanted to shoot a sunrise there and this day may be my only chance on this trip. So we drove in the quiet, calm of pre-dawn and found ourselves on the beach with a few early fishermen, taking their boats out. 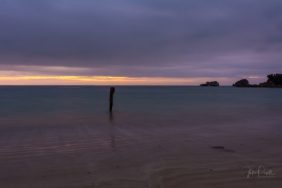 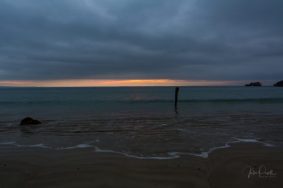 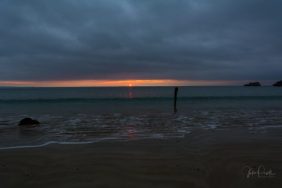 The water was almost at High Tide, and I used my stick from my sunset shoot

It wasn’t the worlds most amazing sunrise, but I felt calm and energised, these photos cannot convey just how stunning this spot is.

We headed over to the Bird Rock track (the promontory on the right on the images) and climbed down to visit this side of the bay – OMG! What a goat track, so steep and so difficult. We couldn’t access too much at High Tide…….looks like we need another visit. 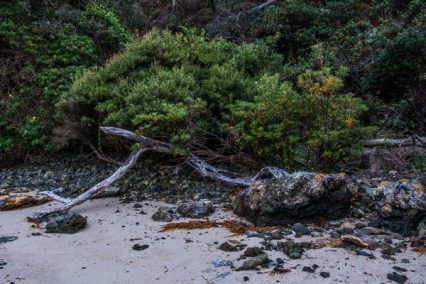 The weather was closing in on us a little bit, so we thought we would head inland; we visited Toora, Fish Creek and Foster and then out to Agnes Falls. Agnes Falls are reportedly Victoria’s Highest Falls; whether by actual height or altitude, I am not sure. It is a 200m walk from the car park, but again quite steep and my legs really sore from yesterday and this morning’s visit to Bird Rock. Of course, by the time we made it to the falls the sun came out and made shooting difficult. I was also having focus issues and some of my long exposure shots did not work 😦 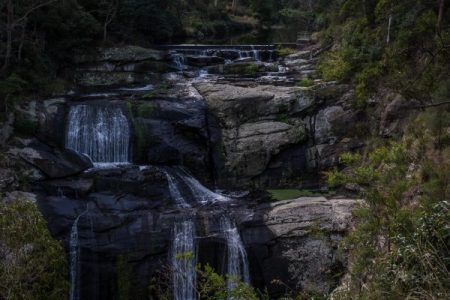 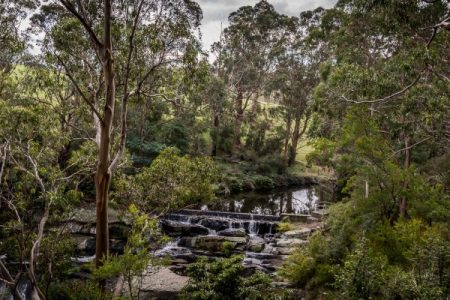 Due to the trees and position of the safety rail, we could not see (nor get down) to the bottom of the falls, a little disappointing, but such a pretty spot. We then headed back off toward Inverloch and stopped at Toora for a lovely breakfast and met my new friend Wilbur the travelling Wombat. The idea is to take photos of Wilbur all over the pace and use the hashtag #Visitpromcountry, I use #Wilbur as well. I might need to set up his own IG Account? 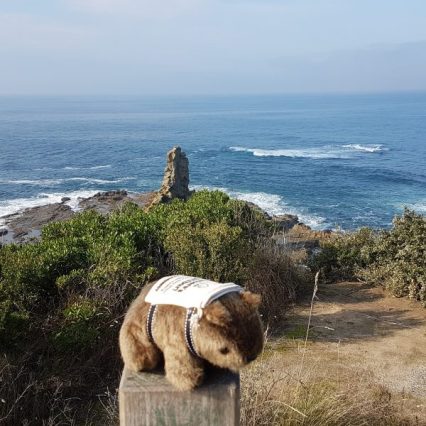 By now the tide was almost out at Waratah Bay……..so off we went again! Did I mention we were really taken with this spot? 🙂 We still had not explored the Lime Kiln remnants on the beach.

P.S. I just received a message from the Visit the Prom people that my image of Wilbur at Eagles Nest won their April competition and they are sending me a prize! Cool. 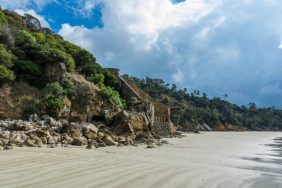 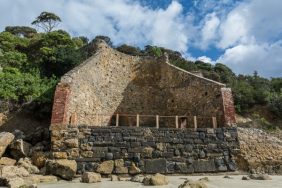 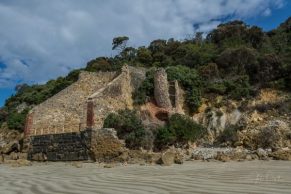 Fascinating, we then walked pretty much from one side of the bay back around to Bird Rock again along the beach at low tide (there was no way known in hell I was climbing back up that Bird Rock track again!). 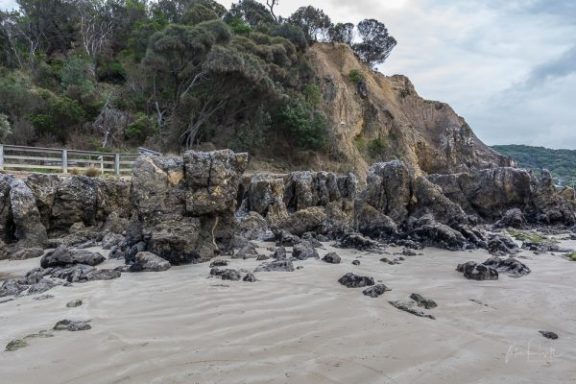 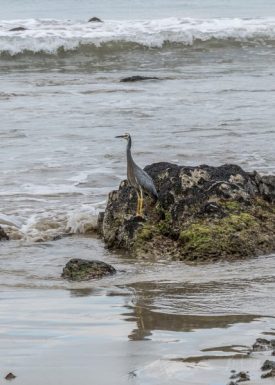 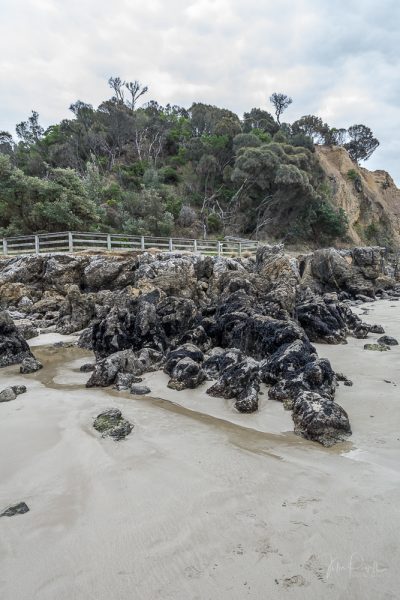 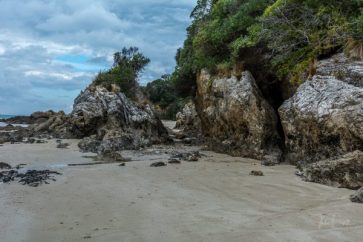 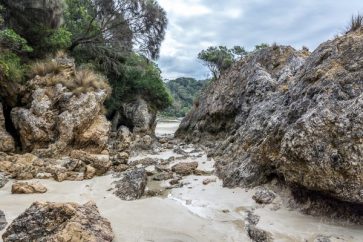 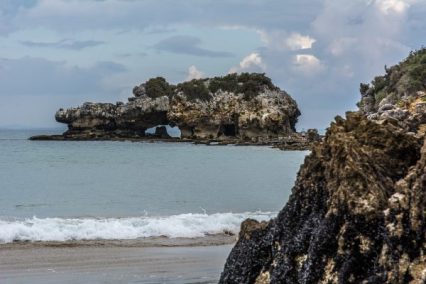 We spent a lovely afternoon pottering around the beach and rock pools, we watched a guy bog not only his 4WD, but his boat trailer as well, that was at least an hour of entertainment right there, various other 4WD attempted to drag him out, he got out the 4WD at one point and then went back again for the trailer and bogged himself again!

We finally gave up and left, I assume he got out eventually 🙂 . We drove back to the motel and had a rest and shower before an early dinner, which was a very ordinary pizza 😦 and then, because it had been such a long day, a very early night….aka passed out while watching TV!

Read all about Day 1 here