This week on Imagecraft Bootcamp we look at Shadow Recovery

An interesting side note from our recent trip away is the birds we saw, of course we saw many Galahs, Cockatoos, Budgerigars, many of which were way to quick for me to catch, this is something I need to work on. Other birds that we saw include spinifex pigeon, zebra finch, grey-headed honey eater, dusky grass…

This week I am keeping it soft and simple for Leanne Cole’s Monochrome Madness, a white lily from my garden, high key with a 50% texture filter applied. Here’s hoping you all have a great week, til next time…..Happy snapping – Julz

Have been playing with my new camera and my macro lens…………..just thought I’d post a couple of pics………no real reason other than I kind of liked them. Not super Macro, but there was just something about them.

In response to The Daily Post’s writing prompt: “Someone Else’s Island.” 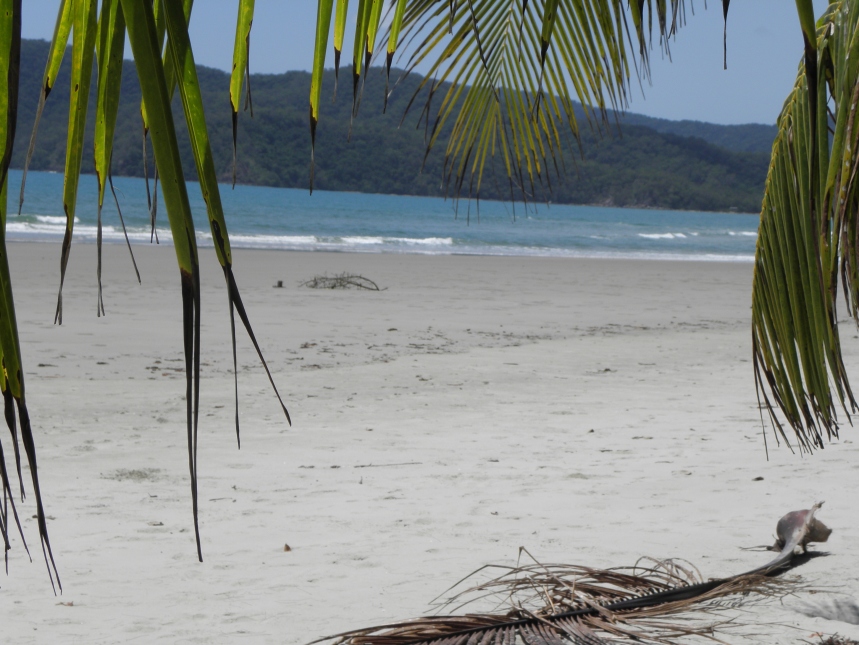 Wow that’ harsh, dumping your best friend on a hypothetical desert island?Personally I would normally have left them on a 5 Star Resort with:

5/ Maybe a handsome hunk to share it with or failing that ME!

But if this is not going to be the case? OK! So I guess I would supply them with the following 5 items to keep them out of trouble:

1/ fresh water or the means to carry it.

2/ Rum! Lots of Rum! To start a massive bonfire to get rescued, ward off the chill, to stop from completely freaking out

4/ Sun Block…………you can never be too careful

5/ A Satellite Phone to call for help when you have had enough!!

I know the last one was cheating, but this is my bestie we’re talking about! I would never want her to be stuck anywhere without me!

In response to The Daily Post’s writing prompt: “Winning Streak.”

Well I started both the Blog101 and Photo101 to hopefully help me further my education in blogging (I was very new and really did not know what to say or do). I was challenged in the writing part, and hopefully put up a few pieces of meaning; for at least myself.

I enjoyed the Daily Prompts, and I will try and continue to write something daily, However I must admit I found some topics particularly hard. The Photo 101, was a blast, Not only did I meet up with some amazing people, I got to play and learn a lot about my camera and photography in general. So I guess I really did post at least 1 every day, in some case more than once a day. I have learnt that almost everyone on the Blogosphere has something special to say and there are some amazing reads out there, as well as Photographers! We are all the same, we all want to write well, write meaningfully, share with a community and connect as human beings. I wish to say thank you to everyone who helped me, encouraged me or inspired me. Below are some of my favorite pics from Photo 101. These are some of my favorite images I shared from Photo 101 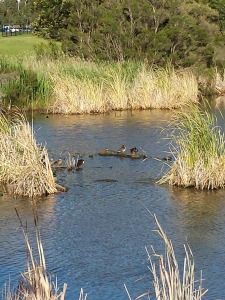 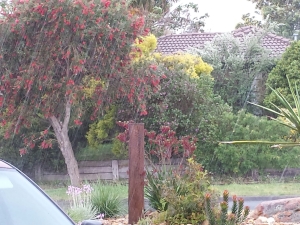 Will continue to see all of you around the traps so to speak…….keep blogging and have a Happy New Year.

In response to The Daily Post’s writing prompt: “Shaken and Stirred.”

Moth and I had recently started Dating and things were getting fairly serious. I thought it about time he ‘Meet the Parents! ‘ Shock Horror, right? Well it was all fairly simply; I invited my parents over for Dinner, and of course we would spend a simple evening, just the four of us. My parents were pretty cool, no real issues with any of that.

Anyway so I went down to the local market, back in the day which had the Saturday morning sales as back then they didn’t open past 12noon on a Saturday and the closed for the whole weekend, which meant great specials (I didn’t have a lot of money back then). Anyway you know how markets get with everyone yelling out items and special prices and such; VERY noisy! I was attempting to talk to a butcher about what cut of meat I should get for our special dinner that night. He said he had just thing! and came back with some Beef all neatly wrapped up and a really good price. So very grateful, I did my remaining shopping and then dived back home to start getting everything ready.

Now I was not exactly an expert cook back then and had probably only ever cooked a few roasts in my life; sure I knew the basics and was not rattled, I knew this is one meal I could do! After an hour or so of cooking, the meat was still red, looked like it wasn’t cooking. By this stage I was getting a little concerned so I ended up ringing Mum. So over the phone, Mum check over everything  I did, how big it was, oven temp, what time I put it on, how I had prepared the meat etc She asked what cut it was and I confessed I wasn’t really sure, the butcher had picked it out. A Little perplexed herself, She said perhaps it just needed a little longer to cook. Anyway not too long after that Moth arrived, to find me frazzled in the kitchen, my parents arrived shortly after that. Moth came into the kitchen (Not that he could cook!) and offered little help and said he smelted great! My Mum came in the kitchen and went through the check list again, checked the roast and stabbed it several times and said it was not bleeding, but lest give it a little bit longer.

After another 30 minutes the edge of my amazing roast had started to burn, but it was still red? So I served it up anyway, the veggies by now were overcooked, and the whole meal was turning into a disaster. I was near tears, the whole night appeared set to be ruined. I took it out to the table were everyone was sitting, with tears in my eyes I announced dinner was served. My Dad and Moth attacked the plates of meat and veggies and taking a tentative bite, they both beamed at me and kept eating. Mum and ,I a little confused sample the fare before us…………..IT WAS SO SALTY!!!! “Oh My” exclaimed my Mum, and then burst out laughing. It turns out that the butcher had given me a cut of Corned Beef, not Roast. If you do not know what Corned Beef is it is very English dish and it is salted meat which is boiled, not roasted!!! I guess there had been a big miscommunication at the markets, or the butcher gave me the wrong parcel, but I had a large Corned Beef……….which I had Roasted not boiled!

I ended up giving the rest of the meat to Mum, who then boiled it – apparently made great Corned Beef! To this day it is still a running joke in my family, Moth and Dad still claim it is the greatest Roast I have ever cooked, and their hearts are still OK, so I couldn’t have overdosed them too much with salt. Moth and Dad have been great mates since then, and my cooking has improved dramatically!

Calling Uncle Bob? Have you ever faced a difficult situation when you had to choose between sorting it out yourself, or asking someone else for an easy fix? What did you choose — and would you make the same choice today? Usually I don’t call on anyone, unless I have to. I find that if it’s…

In response to The Daily Post’s writing prompt: “Envelope Pushers.”

When was the last time you took a risk (big or small), and pushed your own boundaries — socially, professionally, or otherwise? Were you satisfied with the outcome? 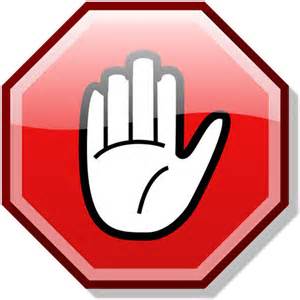 ndaries huh? Well I guess this Blog is really pushing new boundaries. I little while back I was sick, like really sick, I guess it makes you re evaluate your life, and what is important. I discovered myself, I have always had my family and friends, my work; but over the years I guess I have lost a little of myself (But enough of that).

Anyway so I have spent the last few months, re inventing myself, my dreams – so far things have been good. I started to write this blog, mainly for myself. I didn’t want a pity party from family and friends, so none of them really know what I write, to my knowledge none of them have seen it, quite frankly I don’t care, this is purely about me. This WordPress Community is great, the encouragement I have received, the amazing stories and images which have inspired me, I have decided I want to get back into photography, but not just average photography, I want to take some truly inspiring photos…….it’s a big dream but hey why not? Don’t get me wrong I don’t particularly want a career in it, there are already so many amazing photographers out there, I just want to be able to look at some photos and go “Hey I took that shot!”.  Maybe it will help advance my career, but I’m not banking on it.

They other guilty pleasure is writing, just blogging about what ever has been quite a learning curve, I can say what ever I like, my readers either agree or not, but I don’t mind. I also like to read other peoples thoughts and stories. Some people have great, funny adventures, some people have overwhelming courage and conviction. I just have simple thoughts.

But it has pushed me to start writing a novel which has been brewing away in me for years, I have the basic story line and characters mapped out, just have to put it all together with some details. So far I have written 5 chapters; maybe one day I’ll take that particular blog off private. If anyone is interested in reading the first chapter for some instructive criticism, let me know………..maybe if there is enough interest? I do not expect to be the next JK Rowling either, in fact I think maybe I only have ideas for 1- 2 books and maybe a few short stories, but this is also for me, If 100 people read it and like it I would consider my self a success.