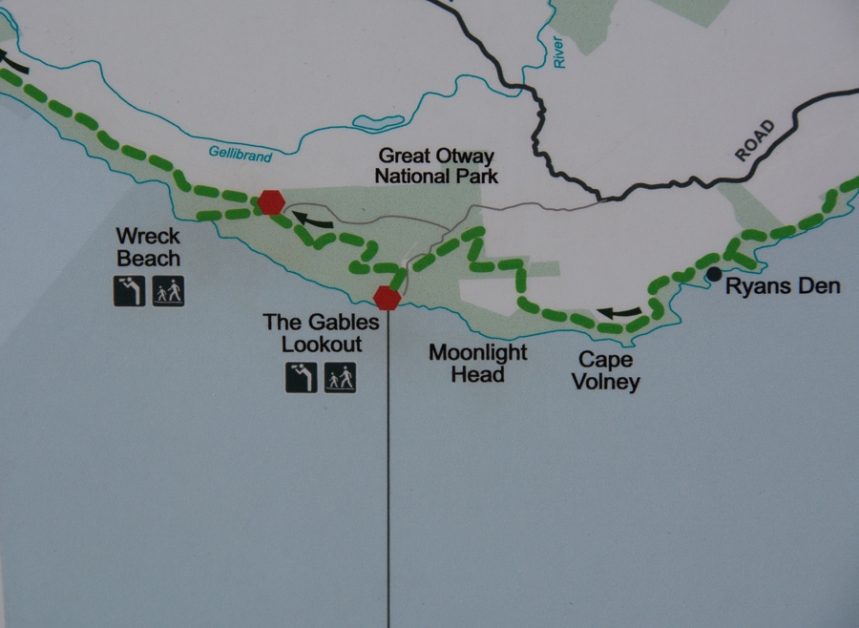 Moonlight Head is not impossible to find, but it is not well sign posted. But ask around, someone can give you directions (or try Google). It’s somewhere between Cape Otway and Port Campbell, gorgeous spot, but 4WD mostly……..you could try a 2WD in the dry, but some of the ruts are quite deep. Drive to Gable Cove and walk approx 500m to the lookout, from there you can see the stairs that lead to Wreck Beach; 440 or so VERY steep steps. They view from the top is spectacular.

At the bottom you will find, at low tide the relics of two ship wrecks, the first is the Marie Gabrielle; an anchor and a windlass. 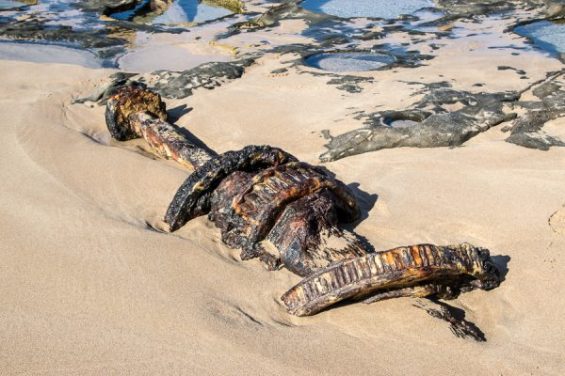 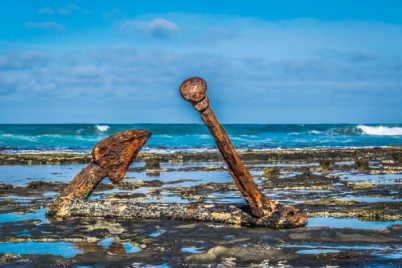 While carrying tea from China to Melbourne, the baroque ship (Marie Gabrielle) was blown off course and crashed ashore at Wreck beach, near Moonlight Head, fortunately all souls on board were saved. This is all that remains of her.

A little distance (West) up the beach lies another anchor, we were not able to reach it safely as the tide was turning, this anchor has been stood upright in concrete or something, resembling a whale tail.

The wreck of the Fiji was caused by bad weather and faulty navigational equipment, the baroque Fiji was on a voyage from Hamburg to Melbourne. Lifesaving equipment was sent from Port Campbell in two horse drawn buggies, the first containing a tripod and rockets and a lifeboat, the second containing the heavy rope and bosun’s chair. It is highly suspected a local photographer removed the rope to store his camera gear, when the buggies arrived they found half the apparatus missing. They would fire the heavy rope at flailing ships and people could then get off, hand over hand, down the heavy rope. Without the rope, 12 of the 27 crew died – bloody photographers! (oops).