A few months ago, Hayley and I planned a Medieval Styled shoot with her now 13-month-old Irish Wolf Hound, Tizzy we thought the Warburton Redwood Forest would be the perfect setting, we arranged costumes and planned out how we wanted the images to look, I wanted a very Maid Marion vibe.

So recently the day had come, it was warm and sunny, but nice and cool and dark in the forest. We have not shot here since Rapunzel what now seems so long ago. We were quite shocked when we arrived. The two main grassed areas had either been drastically reduced in size or completely taken over by CARPARK! It seems that this quiet hidden spot has become a huge tourist attraction and a nightmare for the locals, so a giant carpark had been made. Sure the forest was untouched but my meadow was gone 😦 Also, unbeknown to us, dogs were no longer allowed either, oops!

We had arrived early and there was no-one there, so decided to risk the dogs, Hayley had bought her other Terrier, Poppet as well. We took an antique chair I have in the studio and an off-camera flash & softbox, two different costumes and accessories, as well as wooden staff, old-fashioned kerosene lantern…we also took a smoke emitter, but decided against it A/ it was quite dry and bushfire season is at hand B/ did not want to draw unwanted attention due to the dogs! 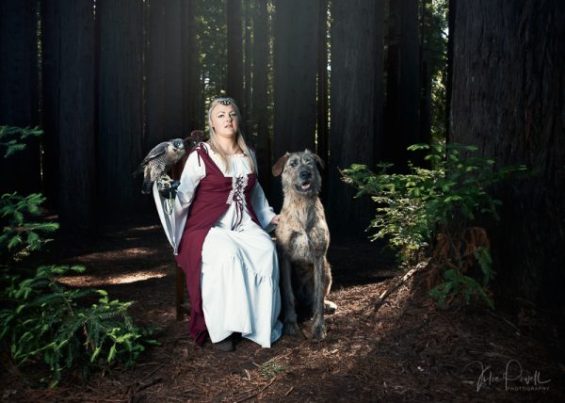 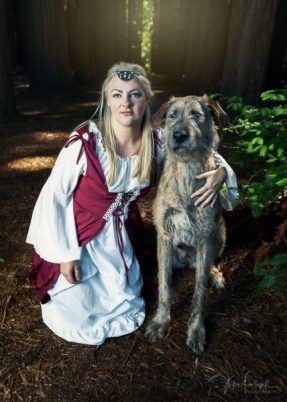 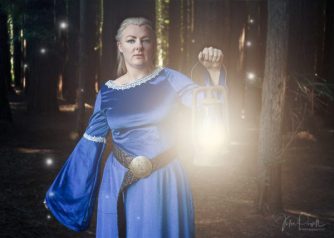 Here are a few Behind the Scenes Photos from the Phone 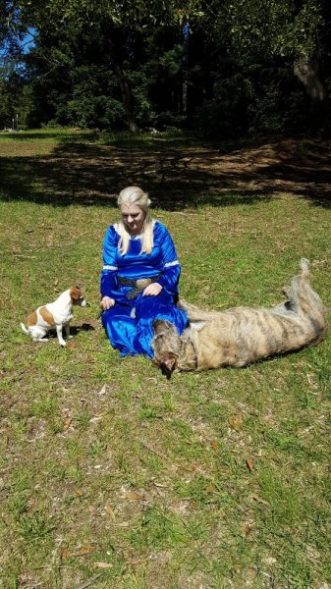 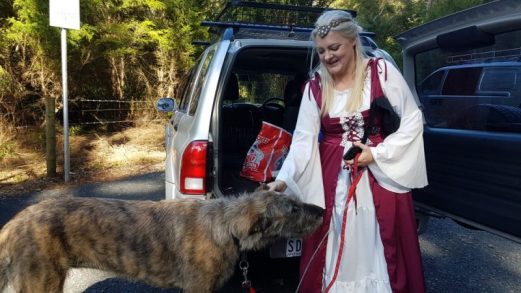 We had a lovely morning, so did the dogs, got some great shots, but left before it got too crowded, we stopped in Warburton the get morning tea/brunch at the Bakery (a favourite spot with lots of yummy gluten-free cakes and slices) and a coffee, then we took a long scenic leisurely drive home…we even spotted an echidna walking across the road, I had to be quick, the camera was packed up in the back, so I just grabbed a few photos on the phone.

Poor Echidna trying to hide from me

Now even as a life-long Australian resident I still get quite a thrill seeing our weird native wildlife in the wild, I do not think I have seen (or at least not for a VERY long time) an echidna in the wild, sure in zoos and in photos and TV and such, but not one I could reach out and touch (if I was crazy enough to try).